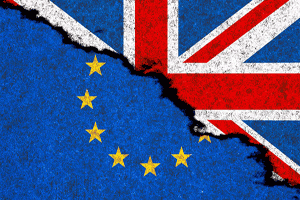 The latest RICS data showed agreed sales at their weakest since March in August. Agents are signalling declining interest from new buyers over the month as the Bank of England raised interest rate. The uncertainty with Brexit maybe another factor that is playing on would be buyers.

The South East and latterly East Anglia have seen prices and activity levels slump recently.  However ‘Northern Powerhouse’ effect on areas such as the Midlands, Yorkshire, Humberside, Scotland and Northern Ireland has seen both buyer numbers and house prices increased in August. With ongoing positive momentum suggested for these regions for the rest of this year.

Lack of new homes available to buy in the UK

The latest survey of RICS members also revealed that there are renewed concerns about the lack of new homes available to buy in the UK overall, as the number of new property listings dropped in August with stock levels still close to historic lows.

The cost of mortgage borrowing remains competitive the lack of new homes for sale is creating upwards pressure on values. Meaning that buyer affordability is stretched, particularly in the first time buyer.

In a diverging market London and the South East remain in the doldrums as relatively high prices and Brexit uncertainty plays a part, though sales have risen in areas like Scotland and Northern Ireland.

The picture in the capital and South is “rather more challenging”, RICS chief economist Simon Rubinsohn said.

Hansen Lu, property economist at Capital Economics, warned: “We forecast a further slowdown in house price inflation over the coming months, which will then be extended throughout 2019.”