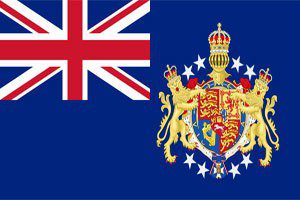 The BOE Governor, Mr Carney’s comments were a worst case scenario” and not a prediction. Downing Street said it was ensuring it was prepared for “all possible scenarios”.

If there was no Brexit deal, Mr Carney as one of the scenarios said this could cause the pound to dive, putting pressure on inflation, and interest rates rise.

This situation could arise if the pound is under pressure and the BOE has to put up the interest rates to support the Pound.

One thing markets hate is uncertainty. The issue with Brexit most certainly is causing a great deal of uncertainty, our media are in a frenzy over this issue.

Fundamental reasons why people buy property in London, post Brexit, will not change. So what are those fundamentals that contribute to a strong UK property market?

(1) The UK has an excellent, very established world renown legal process. When you buy property in the UK you have peace of mind you have good title to it.

(2) The UK has many well established, respected universities, education system that is one of the best in the world.

(3) London is also the financial services capital of the world.

(4) Not only does the UK straddle time zones in both the east and west, English is the main spoken language of business.

(5) The UK has one of the highest regulatory and compliance standards in the world.

(6) London will remain an excellent city to invest in property for the mere fact – supply and demand works in the market’s favour. In the long term, as a country we cannot build enough houses, particularly in prime, central London. Therefore, property in the UK, whether for living or as an investment, is a sound long-term investment, that historically has always appreciated in value.

The recent drop in London property prices is not due to Brexit but due to domestic tax changes, particularly with regard to Stamp Duty rather than Brexit.

Post Brexit, rather than see a depression in the UK property market, we are likely to see a surge as clouds of uncertainty evaporate.