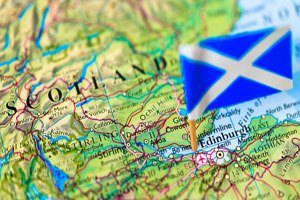 Scottish Ministers was found to have erred in law

A Reporter for the Scottish Ministers was found to have erred in law by accepting without question the findings of the planning authority regarding the quantity of effective housing land supply in the area.

The Inner House of the Court of Session quashed the Reporter’s decision to refuse an appeal for planning permission to build 70 new homes in Stirlingshire, along with a cemetery and associated engineering works, finding that the Reporter had abdicated her responsibility to determine the key issue in the case, and failed to take into account preceding decisions or explain why she did not follow them.

Section 239 of the Town and Country Planning (Scotland) Act 1997

The appeal was made by Gladman Developments Limited against the Scottish Ministers, under Section 239 of the Town and Country Planning (Scotland) Act 1997.

The Lord President, Lord Carloway, sitting with Lord Brodie and Lord Menzies, heard that the appellants applied to Stirling Council, the planning authority in this case, in 2017 for planning permission to build the development in the village of Strathblane in Stirlingshire.

Under Scottish Planning Policy, planning authorities should ensure that they maintain a generous supply of land for house building, with enough effective housing land supply for at least five years. The number of years currently in place is determined by a planning authority’s Housing Land Audit (HLA). Where a shortfall is found, it tips the balance in favour of planning applications that would contribute to sustainable development, making it a ‘significant material consideration’ as opposed to a ‘material consideration.’

The planning authority’s decision was appealed to the Reporter for the respondents. The key issue of the appeal was whether or not there was actually a shortfall in effective housing land supply which could have justified the proposal, based on the previous methodology of determining effective land supply as opposed to the one used by Stirling Council in 2017.

The appeal was dismissed on the grounds that there was sufficient housing land supply in the area. In her decision, the Reporter stated that she was “not in a position to contradict the council’s conclusion that its 2017 annual housing land audit confirms that the commitment to maintaining a five years’ effective housing land supply is currently being met”. The appellants took issue with the Reporter’s treatment of the issue and appealed to the Court of Session.

The appeal was based on two grounds. Firstly, that the Reporter had abdicated her responsibility to determine if there was an effective land supply, instead considering herself bound by the Council’s decision on that matter. Secondly, that the Reporter erred in by failing to take previous decisions relevant to the application into account or failing to explain why she disagreed with them. This included a recent appeal that was sufficiently close to the present matter that she ought to have had regard for it. It was accepted by the appellants that these were not binding decisions, but they were still material considerations due to their similarity.

The Inner House allowed the appeal on the basis of both grounds of appeal, and quashed the Reporter’s decision. Lord Menzies delivered the opinion of the Court.

Regarding the first ground, the Court noted the “stark dispute” between the parties regarding the methodology of determining how many years of effective housing land supply existed. The Reporter had correctly identified that the key issue in this case was whether or not there was a shortfall. However, “she had to reach a view as to which of the competing methodologies she preferred, and to give reasons for her decision. There were alternative methods of calculation before her, and she was not bound to accept the calculation advanced by the Council in preference to that advanced by the appellants”.

In stating in her report that she was not in a position to contradict the decision of the Council, the Reporter had abdicated her responsibility to determine this key issue. She was required to grapple with this issue, and did not, and it appeared to the Court that the Reporter did not exercise “any planning judgment” on the issue.

Regarding the second ground of failing to take previous decisions into account, the Court noted that previous decisions of the Scottish Ministers or their reporters on planning appeals are capable of being material considerations, citing among other cases Hallam Land Management Limited v Scottish Ministers [2014] CSIH 110A. The appellants put three decisions on similar issues before the Reporter, all relating to the methodology for calculating effective land supply, the same dispute as in the present case.

The Court noted that the Reporter did not comment on any of these three decisions, and given that the issue was the same, “she was bound to make reference to these and to explain why in the circumstances she was not in a position to contradict the Council’s conclusion”. By not doing so, she erred in law.

Counsel for the respondents submitted that the Court should exercise its discretion not to quash the decision, stating that there was no realistic prospect that the appeal would have gone differently even adopting the alternative methodology due to other issues with the application, the appeal being purely academic. The Court rejected this argument, stating that “[h]er errors of law went to the root of the only key issue which she identified, and which both parties agreed was the key issue”.

Because of this, it would not be appropriate not to quash the decision.

This article was originally published by Mitchell Skilling on Scottish Legal News.