Properties infested with pests such as rats, mice, cockroaches, fleas and bed bugs are a risk to occupants and public health in general.

Infestations can spread diseases, cause damage, and aggravate certain health conditions including asthma, eczema and other allergies. Mental health may also be affected.

Research published by Shelter in October 2015 estimated that nearly half a million private rented homes (one in nine) in England had problems with animal infestation.

The question of who is responsible for dealing with infestations in privately rented housing depends in part on:

• whether there is anything relevant in the tenancy agreement;
• whether the property was already infested when the tenant moved in, or was
caused by a structural defect or disrepair; or
• whether the infestation may have resulted from some act or omission of the tenant.

It can be extremely difficult to ascertain how an infestation has occurred and, in turn, whois responsible for eradication.

Where the problem poses a wider risk to public health local authorities may have a responsibility to take action. Authorities have various powers at their disposal including under the Prevention of Damage by Pests Act 1949; the Public Health Act 1936; and the Environmental Protection Act 1990.

Local authority powers and duties under the Housing, Health and Safety Rating System (HHSRS, introduced by the Housing Act 2004 and related regulations) may also be relevant, but it is rare for a pest infestation to trigger local authority action under the HHSRS.

Properties infested with pests such as rats, mice, cockroaches, fleas and bed bugs can represent a risk to occupants and public health in general.

Infestations can spread diseases, cause damage, and aggravate certain health conditions including asthma, eczema and other allergies. Mental health may also be affected. The Chartered Institute of Environmental Health (CIEH) produced a guide (2010) which details the pests and the risks they pose as well as methods to prevent and control infestations

2. Who is responsible for dealing with the infestation?

Responsibility for dealing with infestations depends in part on:

Where the problem poses a wider risk, local authorities may have a responsibility to take action; either by requiring owners or occupiers to deal with the problem, or by dealing with it themselves in which case they may seek to recover their costs.

It may not always be clear where responsibility for tackling an
infestation lies and in some instances legal advice may need to be
sought.

2.1 What does the tenancy agreement say?

The tenancy agreement may include a specific provision which sets out who is responsible for dealing with any infestation, or may make the landlord responsible for keeping the premises in good condition and fit to live in, which could mean they have to deal with infestations.

2.2 When did the property become infested?

If the property is already infested when the tenant moves in, it is likely that the landlord will be responsible for dealing with it, although much will depend on the specific circumstances.

In regard to furnished properties, landlords have a contractual duty (implied by common law) to ensure that at the start of the letting there is “nothing so noxious [about the property] as to render it uninhabitable” – this could include vermin infestation. If the property has become infested during the course of a tenancy, the question of who is responsible for dealing with it will depend on how the infestation occurred. The following sections consider the various circumstances in which an infestation might occur.

2.3 Was the infestation caused by disrepair?

Infestations may be the result of, or exacerbated by, structural defects or disrepair, such as holes in external walls. Unless the disrepair has been caused by the tenant, it will usually fall to the landlord to carry out the repair and deal with the infestation.

2.4 Was the infestation caused by the tenant?

The tenant may be responsible for dealing with the problem if the infestation was caused by something the tenant has done or failed to do; for example, not dealing properly with rubbish, not cleaning the property adequately, leaving food around or keeping pets which have fleas.

2.5 Establishing responsibility and taking action Anyone seeking to establish who is responsible for dealing with a particular infestation should consider seeking specific advice from:

• a lawyer or a Citizens Advice Bureau or a housing adviser to establish whether there is anything relevant in the tenancy agreement, and whether the tenant might have any right to sue the landlord and/or to end the tenancy.

3. Local authorities’ powers and duties The Shelter report (2015) prompted the following parliamentary question on Government action to assist private tenants with infestations in their homes:
Asked by Lord Ouseley

To ask Her Majesty’s Government, in the light of the recent study by Shelter, what steps they are taking to address the problems faced by tenants in privately rented homes infested with vermin.

Answered by: Baroness Williams of Trafford

Local authorities have a power under section 4 of the Prevention of Damage by Pests Act 1949 to require owners of premises infested by mice or rats to eradicate the problem and failure to do so is a criminal offence. Infestation by such pests is also a hazard under the housing, health and safety rating system in Part 1 of the Housing Act 2004. Where the infestation is a category 1 hazard the local authority must require the landlord to take action to eradicate the infestation or it may prohibit the property (or the affected part) from being occupied until the hazard has been eradicated. Through licensing schemes under Parts 2 or 3 of that Act an authority can impose licence conditions relating to privately rented homes that require landlords to take measures to prevent infestation of pests and a failure to do so would be a criminal offence.

Local authorities’ powers and duties to tackle infestations are summarised in the CIEH’s Pest control procedures in the housing sector:

• The Prevention of Damage by Pests Act 1949 places a local authority under a duty to ensure, as far as is practicable, that a district is kept free from rats and mice and in particular… to
enforce the duties under the Act of owners and occupiers. If an owner or occupier fails to take steps to get rid of an infestation within the time specified by the local authority, the authority may itself undertake the work and recover the expense incurred.

• The Public Health Act 1936, sections 83 to 85 deal with premises which are filthy and verminous. Under section 83 of the Public Health Act 1936 local authorities are given the power to
serve notice on the owner or occupier specifying the works required to eradicate the vermin and the conditions conducive to infestation. This work can be carried out in default.

• The Environmental Protection Act 1990 provides a remedy to tackle poor living accommodation which amounts to a statutory nuisance, i.e. “any premises in such a state as to be prejudicial to
health or a nuisance.” Citizens Advice has put together some guidance for private tenants in cases where the landlord is responsible for tackling an infestation which amounts to a statutory nuisance: Local authority help with disrepair –

statutory nuisance.
• Regulations made under the Housing Act 2004 establish the Housing Health and Safety Rating System (HHSRS) as the prescribed means whereby local authorities in England and Wales
assess the seriousness of hazards to health and safety arising from deficiencies in the dwelling.

It therefore also helps to identify the appropriate remedial action, and forms the basis for enforcement action.

The housing health and safety rating system is a risk-based evaluation tool to help local authorities identify and protect against potential risks and hazards to health and safety from any deficiencies identified in dwellings. It was introduced under the Housing Act 2004 and applies to residential properties in England and Wales.

When an environmental health officer is asked to inspect an infested dwelling they will look for any risk of harm to an actual or potential occupier of a dwelling, which results from any deficiency that can give rise to a hazard.8 They judge the severity of the risk by thinking about the likelihood of an occurrence that could cause harm over the next twelve months, and the range of harms that could result.

An HHSRS score is calculated following an inspection. Officers use the formal scoring system within HHSRS to demonstrate the seriousness of hazards that can cause harm in dwellings. The scoring system for hazards is prescribed by the Housing Health and Safety Rating System (England) Regulations 2005 (SI 2005 No 3208). The Department has also issued operating guidance for carrying out inspections and assessing hazards.

If there are risks to the health or safety of occupants that the officer thinks should be dealt with they have various powers at their disposal to ensure that owners and landlords take corrective measures. If the officer finds a serious hazard, referred to as a Category 1 hazard, the local authority is required to take one of the courses of action outlined in the enforcement guidance.9 Category 2 hazards are those that are judged

to be less serious. Authorities can still take action to tackle these hazards where it is believed necessary.

hazards which can result from:
a) poor design, layout and construction such that the
dwelling cannot be readily kept clean and hygienic;
b) access into, and harbourage within, the
dwelling for pests; and
c) inadequate and unhygienic provision for storing and
disposal of household waste.

It is rare that a pest infestation would amount to a hazard which would give rise to local authority action under the HHSRS.

The CIEH guide provides an overview of how to control pests:

• Exclusion – refers to the methods adopted in preventing pest entry into a building. Exclusion is often neglected until infestation has occurred, with reliance being placed on destruction. The use of pesticides may then fail to achieve the desired result because building structure and conditions continue to be attractive and sympathetic to pests.

• Restriction – refers to the methods used in creating unfavourable conditions for pests to harbour and breed. Food, warmth, secure cover and ready access to a supply of water are the main features which make premises attractive to pests.

• Destruction – refers to the physical and chemical methods that are commonly used to control pests.

Chapter 13 of the guide details the various traps, chemicals, baits etc. that can be used. The CIEH has also published a series of dedicated manuals providing guidance on the control of rodents; bed bugs; and cockroaches.

Local environmental health departments advise on how to deal with pests and vermin. They might provide a pest control or pest identification service. Most councils charge for these services but feesmay be reduced for people who claim benefits. 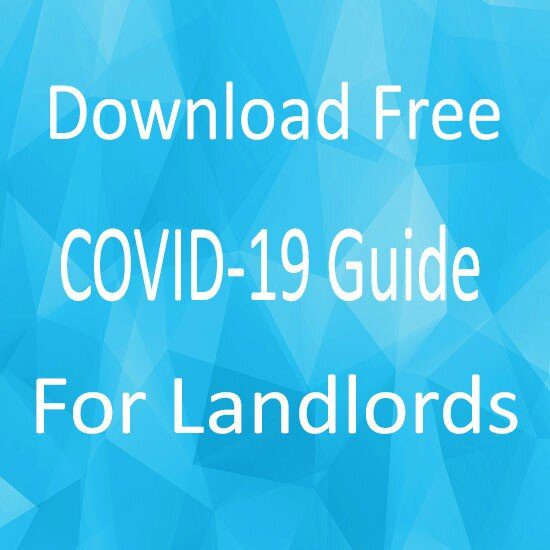