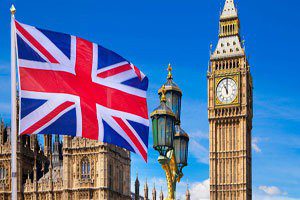 House of Lords Library has today published Tenants Fees Bill which provides information on the Government’s Tenant Fees Bill ahead of its second reading in the House of Lords on 10 October 2018.

In England, there is currently no cap on the level of fees that lettings agents or landlords can charge to tenants. The Tenant Fees Bill would ban letting fees and the majority of other upfront fees payable by tenants to rent a property. It would also cap the amount of refundable security deposit a tenant would be required to pay to the value of six weeks’ rent and cap the amount of holding deposit a tenant could be required to put down to secure a property to the value of one week’s rent.

The Bill would place a duty on trading standards authorities to enforce these measures (and enable district councils which are not trading standards authorities to do so) and would impose new penalties on any landlord or letting agent found to be in contravention of them. These include a fine of £5,000 for a first breach, which would typically be viewed as a civil offence. A further breach within five years, however, would be viewed as a criminal offence, and subject to an unlimited fine and a banning order offence under the Housing and Planning Act 2016. Ministers have stated the Government will provide £500,000 in additional funding during the first year after the provisions come into force to support enforcement activities in recognition of the additional costs they will generate but expects the regime to be self-financing over the long-term.

A number of consumer groups and charities such as Citizens Advice and Shelter have declared their support for the Bill. However, organisations representing landlords and letting agencies have raised concerns that the abolition of fees will result in rising rent levels. The Bill secured cross-party support during its passage through the House of Commons, with Labour and the Liberal Democrats speaking in favour of the legislation. However, concerns were also raised, including about: whether the cap on security deposit was too high; the treatment of holding deposits; would trading enforcement bodies lack sufficient resource to police the ban effectively; and whether the Bill was overly reliant on guidance and created loopholes which unscrupulous landlords and letting agents might be able to exploit.