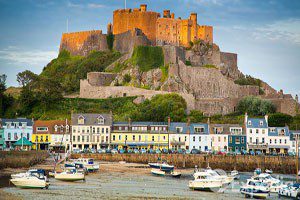 The UK this week announced plans to stop private landlords evicting tenants at short notice without good reason or going to court using ‘Section 21’ notices, which can be used after an initial fixed-term tenancy period ends.

A series of media reports indicated that tenants were being thrown out of their properties simply because they made complaints to their landlord, prompting the move to ban the use of Section 21s.

A spokeswoman for the Strategic Housing Unit said that there is ‘no equivalent’ for Section 21s in Jersey law, so the Island would not need to follow the UK.

‘Under the Residential Tenancy (Jersey) Law 2011, a landlord may seek to evict a tenant, if the tenant has breached one or more terms of a lease, or has not vacated the property at the end of a tenancy.

‘The tenant must first be given notice of the alleged actions that constitute the breach of tenancy, and has seven days to take reasonable steps to rectify the breach.’

She said that a landlord could only issue an eviction notice if a tenant did not rectify the breaches, such as paying outstanding rent, and the final decision lay with the Petty Debts Court.

‘If a landlord wishes to evict a tenant, the landlord must follow the process specified in the law and apply to the Petty Debts Court for an order to evict the tenant,’ she said.

She added that the court would then have to consider a ‘number of matters’ before authorising an eviction.

Under UK law tenants can be evicted using Section 8 notices if they have have breached their tenancy agreements, with a two-week or two-month notice period depending on which terms they have broken.

The spokeswoman said that under Jersey law tenants had a ‘reasonable period of time’ to rectify any breach of tenancy and that they would not be evicted until court proceedings were completed.

‘While a landlord may start proceedings to evict a tenant, an eviction can only be ordered by the Petty Debts Court,’ she said.

‘The court would need to be satisfied that any breach of lease is serious enough to warrant eviction, and may specify conditions such as the length of time a person has to leave a property.

‘The government has made a commitment in its Statement of Common Strategic Policy to strengthen the rights of tenants. This work is due to start in 2020.

‘Where there are issues identified, such as the security of tenure afforded to tenants, these will be investigated and recommendations brought forward for change.’