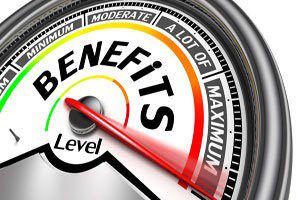 MPs have raised concerns that a “housing blacklist” has effectively being created due to restrictions on mortgage lending to landlords whose tenants receive benefits.

The Work and Pensions Committee said it is “deeply concerned” about the extent to which mortgage providers are preventing landlords from renting to benefit claimants – particularly given the “desperate shortage” of affordable housing and the large numbers of claimants now dependant on the private rented sector.

Committee chair Frank Field said allowing banks to operate a “no DSS” policy “is a return to the wicked old days of housing discrimination, with claimants effectively blacklisted for housing”.

The committee said NatWest, which is part of RBS, had previously come under fire over the case of a landlord refused a re-mortgage because the property was being rented to a tenant in receipt of housing benefit.

It said  there are 4.2 million people in receipt of housing benefit in the UK – and research suggests several lenders have this kind of prohibition on lending.

In a letter published by the committee addressing NatWest’s buy-to-let mortgage policy, Mr McEwan said he was “extremely disappointed” with the way the customer case was handled, saying it “did not reflect the values of our organisation”.

Mr McEwan, who reviewed the case personally, said he had identified several areas for improvement, which are now being addressed.

The letter also stated: “In line with a number of other lenders in the buy-to-let market, our mortgage policy for landlords with smaller property portfolios (ie fewer than 10 properties) includes a restriction on letting to tenants in receipt of housing benefit.

“This reflects evidence that rental arrears are much greater in this segment of the market and we are satisfied that this restriction does not contravene equality legislation.”

NatWest has agreed to inform the committee of the outcome of its policy review.

Impact of Universal Credit since January 2017

The committee said it has been inquiring into the impact of Universal Credit since January 2017, when it first started to learn of the problems of rent arrears and destitution associated with rollout of the controversial new benefit.

Mr Field said: “The Government claims its welfare reforms are intended to drive employment, but allowing banks to operate a ‘no DSS’ policy is a return to the wicked old days of housing discrimination, with claimants effectively blacklisted for housing and at risk of being senselessly evicted for no greater crime than receiving housing benefit.

“NatWest is now taking a look at its policy, and other mortgage lenders will no doubt follow suit. If the change we need to protect people is not forthcoming voluntarily, we may need to look to regulation.”