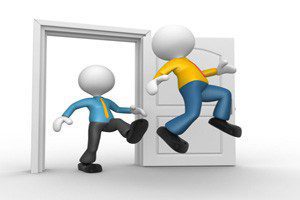 The notice period will be extended, from 2 months to 6

The Welsh Government has declared, that it will counsel on, extending the notice time frame for a notice similar to an s.21 notice. The notice period may be extended, from 2 months to 6.

The proposed amendment, to extend the notice period, as reported by the housing minister Julie James. The proposed change to s.173 of Renting Homes (Wales) Act, has not yet been passed.

The Renting Homes (Wales) Act. Section 173 will allow landlords to seek possession, without having to give a specific reason, provided the fixed term of the tenancy has come to an end.

Shelter Cymru considers this an interim move and, is still committed to seeing a complete end to s.173 notices, at some stage in the future.  Shelter Wales has been campaigning for some time now to ban “no-fault eviction. This may well be, a gesture to groups such as Shelter.

As things stand at the moment, Welsh landlords must wait until six months have passed before they can serve notice through a ‘no-fault’ eviction.

David Cox of ARLA has said: “Extending notice periods from two months to six months under the Renting Homes (Amendment) (Wales) Bill will cause further shockwaves for landlords and agents.

“The proposals will make it even more difficult for landlords to reclaim possession of their property and add further longevity to an already lengthy and expensive eviction process.

We are concerned that landlords will have no viable option of evicting problem tenants quickly and efficiently due to current court procedures.

If landlords sell up due to the perceived risk, this will shrink the sector and contribute to landlords being more selective about who they let their property to.

The Welsh Assembly must reconsider extending the minimum notice period and take a long-term, holistic view that supports those who are providing professional and well-managed tenancies.”

Sarah Cartwright of the British Landlords Association said “This amendment, if passed, will further knock the confidence in the letting market. The letting sector is shrinking. The burden of increasing homelessness will fall on the Welsh government to deal with.

When a tenant is deemed intentionally homeless, it is usually the case the Council will not house the applicant. One of a few options left to that tenant is to seek housing in the private sector. An increasing number of landlords are very selective, who they take on as tenants.

Read the full explanatory note for the amendment.