Landlords Association Trending Make sure your properties are insured 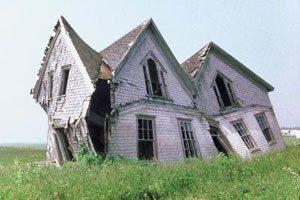 When a landlord rented out a property in a quiet residential area in Plymouth Hoe last year, he had little cause for concern.

The tenants, well presented young professionals, appeared to be the height of respectability.

The fact that they were able to put down a cash deposit and commit to a tenancy agreement only added to their credibility.

However, a few months later, acting on a tip-off from a neighbour, police raided the property and the landlord discovered the investment property, had been turned into a cannabis factory, growing plants with a street value of up to £50,000.

The landlord could have been in or another shock when he phoned his insurer to make a claim for damages, if he was not covered for malicious damage.

Cannabis farms are an increasing problem. The police seized hundreds of thousands of cannabis plants across the UK last year, reflecting a rise in home-based cannabis cultivation, and acting as a stark reminder that landlords must have the right type of insurance cover and ensure it is up to date.

Cannabis is just one of a wide range of issues that landlords have to deal with, after all we all know that accidents can and do also happen.

In 2017, Total Landlord Insurance paid on average £759 for accidental damage claims, with flooding due to tenants leaving bath taps on proving to be the primary cause for a payout.

Tenants dropping the shower head and cracking shower trays, spillage up walls and on carpets, and damage caused by children, were among the some of the other common accidents recorded by the insurance firm last year.

The highest ever accidental damage claim received by Total Landlord Insurance was worth £19,000, after the tenant left the taps on and went to work only to return at the end of the day to find the property flooded.

The building was soaked throughout, and the ceiling and walls had bulged, along with the light fittings and smoke alarms which were destroyed. The tenant was unable to use the property whilst the property was repaired so loss of rent was also paid out.

Eddie Hooker, CEO of Total Landlord Insurance, said: “Buildings and contents insurance needs to be based on rebuild or replacement values. Landlords should base their contents insurance on the cost of replacing all household contents, including all furniture and appliances provided to tenants such as fridge/freezer, television and sofa.

“Landlords should be mindful they need to be as accurate as possible to ensure they have sufficient cover, and if you have a new kitchen fitted, for example, keep hold of the invoices so you can prove its value in the event something gets damaged.”