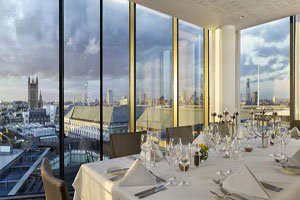 According to the latest Office for National Statistics London house prices are falling at their fastest rate for nine years. The ONS report cites Brexit as the culprit for the capital’s property market downturn.

The Office for National Statistics report shows the average value of a home in London stood at £484,926 in July, down 0.74 per cent on a year previously. This is around £2,500 less per home.

The last time property prices took a dip was in 2009 due to the Lehmans Brothers US crisis when they fell 3.2%.

A separate one-off ONS analysis of the London property market concluded that its slowdown over the past two years may have been because the capital was “particularly affected by a fall in net EU migration and wider uncertainty following the Brexit referendum result”.

While in Scotland the average house prices increased by 3.2% over the year to July to reach £152,000, and Dundee showed the best performing city in Scotland for house price rise.

This week, Rightmove said it has recently seen some signs of confidence returning to the London market, particularly at the higher end where price reductions are helping to pull more buyers in.

Rightmove Releasing its housing market report for September, said there are signs that price reductions in parts of London have led to an upturn in buyer activity as sentiment improves. Could the Rightmove report mean the London Market has found its bottom and has stabilised?

Jeremy Leaf, a north London estate agent and a former residential chairman of the Royal Institution of Chartered Surveyors (Rics), said the ONS/Land Registry figures “reflect the market as it was in the summer months – since buyers and sellers have returned from their summer breaks, there has been a little more enthusiasm to sell homes than we have seen for a while.

“This is the time of year when we would expect to have more activity and on the ground we are certainly seeing more property coming onto the market and more demand. But it is still hard to gain commitment from buyers because property needs to differentiate itself from the competition in order to attract interest and offers.”

The various reports i could argue does show that the London property market may have stabilised, however London is more prone to external international markets than the rest of the Country.