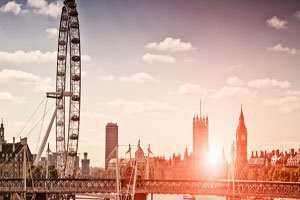 The buy-to-let market, for UK investors, has shown a steady return, in the past few decades. Investors thinking of retiring have historically found the buy to let market to be a sound income to boost their pension pot.

In recent years, due to increasing new regulations for landlords, the operating costs for renting property have escalated.

With tax changes, the Government has introduced. The buy to let market is not such an attractive place to invest.

Landlords from 6 April, will not be able to claim any tax relief, on mortgage interest. Loss of tax relief, means some landlords income, will be drastically reduced.

The tax changes will increase revenue for the Government, and decrease the viability, for some landlords, to remain in the PRS.

Tax relief on mortgage interest is not the only thing to go. Associated costs when letting a property like taking out a mortgage, interest on loans, or buy furnishings is going/gone.

The bottom line is the Government has been phasing out the ability for landlords to offset costs from rental income.

Where an investment property, is owned personally (not a limited company) this could push a basic rate taxpayer into the higher tax band.

The Government from 6 April, are phasing in some changes to capital gains tax too. We will be writing an article on this soon.

Accidental landlords are likely to be hit too, due to the tax changes. A homeowner, who later rented their property, currently can deduct up to £40,000 from the profit made on selling the property. However, the Government from 6 April, this relief will no longer be available. If a homeowner, let out part of a property, to a lodger, and are sharing with the lodger the owner may be exempt.

Many landlords feel, the buy to let market, is no longer a good investment and are looking for alternative investment opportunities.

The NLA recently reported; statistics show, income from property investment and management, has fallen by an average of almost 20% since 2011.

Mr S Ahmad the CEO of the British Landlords Association said: “Various data, in the last two years, from various sources, all indicate the buy-to-let market is shrinking. The Government needs to take urgent action to stop this trend”.