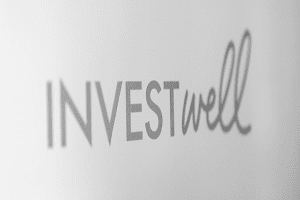 Landlords struggle to make their sums add up

Increasing numbers of landlords are selling as it is no longer viable to let property unless you have no mortgage to service.

Victoria Whitlock recently reported in Home & Property; This is bad news both for ordinary investors who wanted to buy a few properties to let out to top up their retirement income and also tenants. Many face rising rents or even eviction as landlords either hike what they charge to cover their tax bills or sell properties because they can no longer make money from rentals.

The tax attack was unleashed by former Chancellor George Osborne in 2015, who claimed it would level the playing field between buy-to-let investors and first-time buyers struggling to get onto the property ladder.

Private landlord Tom Reynolds, 78, said it has done nothing of the sort: “It has made life harder for landlords, but this is having a knock-on effect on their tenants as well.”

Tom and his wife Pauline have built up a portfolio of 14 properties in Warrington, Cheshire, over 25 years, but now they are being forced to hike rents or sell up as their modest profits are turning into losses.

This means telling loyal, longstanding tenants they will have to pay more rent or move when their rented home is sold.

He said: “Some have rented for eight years or more and have always taken good care of the property. They have jobs, kids at school, and may now have to move out. It is heartbreaking.”

No relief for Landlords

Osborne slapped a 3 per cent stamp duty surcharge on second home purchases and cut the wear-and-tear allowance, but his most punitive move was to slash higherrate tax relief on mortgage interest repayments.

The cut is being phased in over four years and will ultimately reduce relief to just 20 per cent by the 2020/21 tax year. Tom said landlords can no longer offset their full borrowing costs against profits when calculating their tax liability: “It means we are being taxed on our turnover rather than profits, in contrast to every other business.”

British Landlords Association head of media Mr Hanson said “accidental landlords are raising rents as the only means to service there mortgages. Some landlords do not have continence funds should they be required for repairs. The rental income just covers the Mortgage and there is nothing left should things go wrong.

British Landlords association recently wrote an article some of the issue’s facing landlords.