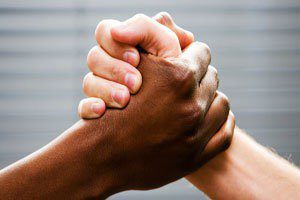 Landlords are taking the safer route

A court was told today that Landlords are refusing to rent to non-white British tenants due to the government’s hostile environment policy.

Based on nationality and ethnicity

The “Right to Rent” scheme, which requires by law for landlords to check the immigration status of prospective tenants, is being challenged in the High Court. The premise of the application is on the grounds that it discriminates against prospective tenants on the basis of their nationality and ethnicity.

The right to rent scheme, which was introduced in 2016, punishes landlords if they know or have “reasonable cause to believe” that the property they have let to, is occupied by a tenant who does not have the right to rent.

The judicial review case brought by the Joint Council for the Welfare of Immigrant (JCWI), which began on Tuesday, argues that the measures puts people who have a legal right to be in the UK at risk of homelessness and destitution.

Philippa Kaufman QC, the barrister representing JCWI, told the Court the scheme encourages landlords to give preference to white people with British passports in order to reduce the risk of prosecution.

Huge risks and burdens for landlords

Philippa Kaufman QC told the court “a very onerous scheme” which presents “huge risks and burdens” for landlords, adding: “If someone is a British citizen they know they are safe.

(BAME is a term long used in the UK to refer to black, Asian and minority ethnic people.)

In separate research, a series of mystery shopper exercises carried out by JCWI in February found that the scheme was causing foreign nationals and BAME people of all nationalities to experience race discrimination.

The findings also showed that the most vulnerable individuals, such as asylum seekers, stateless persons, and victims of modern-day slavery, who require landlords to do an online check with the Home Office to confirm they have been granted permission to rent, face very significant barriers.

The Independent Chief Inspector of Borders and Immigration Mr David Bolt in his reported dated 28th of March 2018 made the following comments;

At the end of 2016, I reported on the ‘hostile environment’ measures relating to driving licences and bank and building society accounts and, separately, on those relating to sham marriages. At the time, I signalled my intention to look at all of the measures in due course.

This inspection focused on the measures introduced in relation to ‘Residential Tenancies’. These were aimed at preventing persons disqualified by immigration status from renting accommodation. The key difference between the “Right to Rent (RtR)” scheme and the measures I inspected earlier is that, instead of government agencies, officials or institutions, it relies on compliance with the ‘new’ legislation by private citizens, that is landlords (plus letting agents or sub-letters).

Under the 2014 Act, landlords are required to carry out ‘reasonable enquiries’ to establish that prospective tenants have the “right to rent” before agreeing to lease them premises ‘for residential use’. The 2016 Act introduced a criminal offence of knowingly leasing a property to a disqualified person, with a sentence of up to 5 years’ imprisonment, or fine, or both. It also included powers to enable landlords to terminate tenancies where the tenant is a disqualified individual.

This inspection looked at the Home Office’s development of the “Right to Rent scheme, its implementation and initial evaluation, the operational response by Immigration Compliance and Enforcement (ICE) teams and others, and what monitoring and evaluation there had been of RtR since it was rolled out across England. The report also summarises concerns from stakeholders about the impact of RTR on issues such as discrimination by landlords against particular groups or types of prospective tenants, exploitation and homelessness, but does not set out to examine and test these concerns thoroughly.

Overall, I found that the RTR scheme had yet to demonstrate its worth as a tool to encourage immigration compliance, with the Home Office failing to coordinate, maximise or even measure effectively its use, while at the same time doing little to address the concerns of stakeholders.

My report contains 4 recommendations, all of which point to the need for more grip and urgency”.

Mr Bolt added “the Home Office was failing to coordinate, maximise or even measure effectively its use, while at the same time doing little to address the concerns of stakeholders.”

Mr Chai Patel, the legal, policy director for JCWI, said today “Right to Rent was an extraordinarily intrusive red tape that conscripts landlords as border officials on pain of imprisonment. Mr Patel said “the home secretary had learned nothing from Theresa May’s mistakes”.

Sajid Javid promised he would learn the lessons

Mr Patel went on to say: “Sajid Javid promised he would learn the lessons of the Windrush scandal, which left many thousands of legal immigrants to the UK destitute, detained, and even deported.

“But he is ignoring our evidence that requiring landlords to check immigration status does not work and causes exactly the kinds of problems that the Windrush generation faced.

“Not only is he ignoring our evidence, he is fighting us in court to stop the Home Office from being required to do its own evaluation into whether the scheme is harming ethnic minorities and foreign nationals with every right to rent property.”