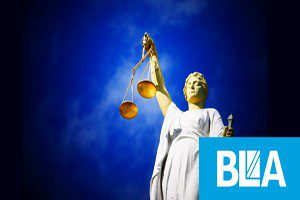 Ministry of Justice data reveals that residential repossession claims in the last quarter 0f 2020 fell by 37% this is compared to the same period in 2019.

This comes despite courts beginning to hear possession cases again following a six-month stay on proceedings imposed by the UK government.

The number of accelerated possession claims issued by private and social landlords also fell by 43% in the fourth quarter of 2020 compared to the prior 12-month period.

Overall, across the whole of last year, the number of private landlords’ claims to repossess properties fell by 48 per cent. In comparison, the number of claims made under the accelerated procedure was just over 52 per cent lower.

Mr Sasha Charles a director of Landlord Advice UK one of the leading national tenant eviction companies said: “The notice period extension of three months for section 21 and section and 8 which was later extended to 6 months delayed possession proceedings.”

“We encouraged landlords not to resort to follow the eviction process and to take the route of negotiations if at all possible. Court action should always be the last resort.”

“Due to various reasons some possession claims are on hold, most of these landlords have come to the end of the road to the negotiations and will issue possession proceedings. We think May 2021 will see a surge of possession claims in the private and social residential sector.” He said.

The Ministry of Justice statistician in the same tone as Mr Charles says these early figures should be treated with “caution”.

The statistician adds: “While these statistics are of interest to the public, it is worth noting that the small volumes of repossession actions mean that the data is unlikely to be representative of general trends in possessions. Caution should, therefore, be used when interpreting and applying these figures.“

Mr Sajjad Ahmad, the British Landlords Association CEO, said: “Generally our members have been very understanding although they too have mortgages to service have negotiated payment plans with their tenants. A small number of tenants still fail to keep to the payment plan, and these cases are likely to hit the county courts in the coming months. Landlords have been left to carry a debt which some landlords can ill afford”.