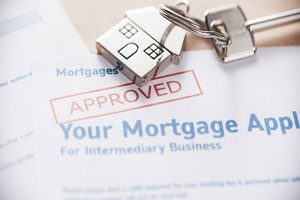 The interest rates charged on two and five-year fixed buy-to-let mortgages have fallen by more than a quarter of a percent year-on-year, according to Moneyfacts.co.uk.

And over five years average rates have fallen even more significantly, the financial information provider found.

Rachel Springall, finance expert at Moneyfacts.co.uk, said: Lenders have cut rates on both short-term and long-term deals by around 0.30% year-on-year, so there could be borrowers looking to switch their deal. Cutting down on monthly loan payments may be at the forefront of landlord’s minds considering the mortgage tax relief changes.

“Landlords who are looking to switch their deal could save a decent amount on loan payments each month, due to the fall in interest rates. In fact, if a landlord had a five-year fixed rate mortgage in 2015 and was looking to refinance, the average rate has dropped by a staggering 1.19%. This would equate to a difference of £1,947 a year in monthly repayments if a landlord were to take a loan of £250,000 on a 25-year term compared to back in 2015 for the same amount and term.”

Paragon Bank noted that one in five brokers were expecting to introduce more buy-to-let business during 2020 and that 61% of buy-to-let landlords had secured a new deal by remortgaging during the last quarter of 2019 to secure a better rate.