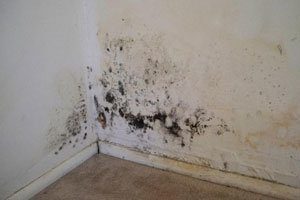 The Crown prosecution service has secured a landmark court order, against a rogue landlord. Mr Kashmir Singh Binning persistently ignored the suffering of ‘slaves’ who lived in properties he owned.

Mr Binning rented three properties in Birmingham, to a Polish gang, that trafficked up to 400 vulnerable people. The salves were forced, by the Polish gang, to work on farms and rubbish recycling centres.

The victims were, housed in properties, where conditions were said to be dreadful. The slaves were fed on out-of-date food and forced to scavenge for dumped mattresses to sleep on.

At some properties, there were no working toilets, heating, furniture or hot water. Some of the victims said they were forced to wash in nearby canals.

Police officers, investigating the trafficking ring, made contact with Mr Binning on 22 August 2016. They put him on notice that his properties were being used to accommodate slavery victims.

Mr Binning continued to rent out properties, to the gang, and collected £135 rent a week from the suspects, for each address.

Mr Binning’s phone records were later checked. They showed numerous messages between him and the convicted traffickers, including Ignacy Brzezinski who played a lead role in the conspiracy, and whom he considered a friend.

Mr Binning’s property on Queen’s Head Road was very badly damaged by a fire on 12 December 2015.

As consequences of the fire, two tenants were hospitalised. A fire safety report unveiled, the house had no smoke detectors or fire doors. The property was let to several polish nationals. The tenancy documents revealed the property could not be sub-let.

(1) Co-operate with the council’s enquiry.
(2) To act on reports of anti-social behaviour at his properties.
(3) Carry out remedial work when council environmental officers inspectors found widespread mould and dampness at the Victoria Road property.

Investigating officers said Mr Binning knew; his properties were being used to house victims. Rather than report the matter to the police, he chose to profit at their suffering.

On Friday 28 February Birmingham court granted the court order. This order is the first of its kind ever, secured under Modern Slavery legislation. The order made by the court stays in force until 2025, binds Mr Binning by various conditions he must comply with.

(1) not to accept cash payments from tenants
(2) To provide unfettered access for inspection of properties every three months.
(3) To provide the local authority with signed tenancy agreements with a list of all occupants.

Detective Mr Mike Wright investigating team led to eight members of the Polish gang, being jailed for a combined total of 55 years.

Mr Wright said: “Binning’s role was pivotal to the group being able to house victims easily, quickly and at an affordable cost. He was friends with some of the suspects and willing to turn a blind eye.

“He claimed he had no idea people housed in his properties were being exploited… but all the evidence suggested otherwise.
“This order shows how seriously the courts and we take the safeguarding of vulnerable people; the judge was very supportive and told Binning he was lucky the law didn’t ban him from letting properties at all.

“Modern slavery is seen as a crime hidden in plain sight. However, offenders rely on individuals and organisations to overlook the degrading and inhumane treatment of human beings.

“Most private landlords are responsible and keep properties safe and free from health hazards. I hope this order shows we will not allow landlords to put their tenants at risk and facilitate slavery offences.”
Mr Binning has been ordered to pay £14,000 in court costs.”

Mrs Helen Cartwright from the British Landlords Association said “this is a shocking case. It would seem the landlord ignored all reasonable requests from the police and the council to discharge his duties as a landlord.” You can seek free legal advice from Landlord Advice UK

List for 2021 – Which is the best Landlords Association for landlords to join?