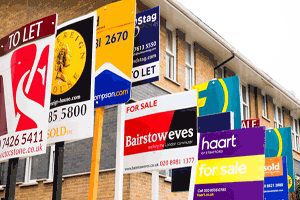 Confidence among landlords and property investors has slumped to an all-time low, according to the National Landlords Association (NLA).

The latest survey from the trade body, which has over 41,000 members, found that just 28% of landlords rated their confidence in their own lettings business over the next three months as ‘very good’ or ‘good’.

This is down from 38% at the beginning of the year.

The survey found that landlords have also been hit by ongoing Brexit uncertainty which, the NLA says, has led to a drop in the number of migrants and overseas students looking for rental accommodation.

Some 30% of landlords who let to migrants and 28% who let to foreign students saw a fall in demand over the three months to September.

One landlord told the NLA: “My Wales property is a house in multiple occupancy (HMO), and it is reliant on EU migration. Brexit has killed the market.”

Another investor said: “We rent to international students and workers, and everyone is unsure of what’s going on with funding and residency.”

The NLA has also criticised the launch of the Labour Party’s campaign for the upcoming general election on December 12. It describes the party’s decision to name ‘dodgy landlords’ among a broader elite of ‘tax dodgers, bad bosses and big polluters’ being part of a corrupt system as ‘outspoken criticism’.

“Landlords play a vital role in our society — providing homes for people from all walks of life – but they are still commonly portrayed as ‘dodgy’,” says Richard Lambert, chief executive officer of the NLA, which will merge with the Residential Landlords Association from January 2020.

“This really is an insult to the vast majority who are doing their best to provide homes for families, couples young and old, people on benefits, and students, and in the process provide for their own future.”

“The fact that many landlords are now questioning the viability of their lettings business is a disaster for Britain. Politicians should back off, resolve the Brexit crisis, and give landlords some respect,” says Lambert.

“We hope that whichever political party is in power when we wake up on the morning of 13 December properly considers the invaluable contribution of the UK’s 2 million landlords to the country’s housing supply.”