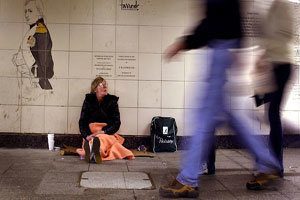 Labour aim to repeal a thirty year law which labour claim to be the biggest cause of homelessness.

Labour plans to scrap landlords rights to regain possession of their property after the fixed period of the tenancy. Laws allowing private landlords to evict tenants without giving a reason will be scrapped under a Labour government. Under section 21 notice when the tenancy ends a landlord can claim the property back and need not give a reason. Currently landlords are entitled to their property back for the the fact the tenancy has ended.

Mr Sasha Charles From Landlord Advice UK a national leading tenant eviction company said “If labour’s wishes to repeal the right of the landlord, under section 21 when the tenancy ends, If they succeed in doing so, than one does wonder what will be the difference be between an “Assured shorthold tenancy” and an “Assured” tenancy?”

Mr Charles went on to say “no point saying a landlord can evict a tenant for no reason, this simply is not correct. There is a reason and that reason under section 21 is the that the tenancy has ended, the tenancy the tenant signed and when doing so knew the length of the tenancy granted”.

Mr Healey reiterated labour plans for a crackdown on second home ownership, to give the “have-nots” the chance of owning a first home.

Mr Healey said labour would create a renter union. The renters’ unions would provide support for the 11.5 million tenants in the private rental sector during disputes, as well as raising the profile of renters’ issues.

He said: “In year one, we will legislate for new renters’ rights to control costs, improve conditions and increase security.

“But we know that our rights are worthless when we can’t enforce them, in the workplace or in the housing market.

“So I can announce today, the next Labour government will back new unions for renters, and fund them in every part of the country – so renters who feel helpless in the face of this housing crisis can organise and defend their rights.”

Unionisation is among a raft of measures the party would introduce to give more rights and power to people who do not own a home.

Under labours plans , second properties in England used as holiday homes would be subject to an average tax bill of more than £3,200.

Mr Healey said: “It will fall to Labour to put a brake on the growing gap between Britain’s housing ‘haves’ and ‘have-nots’ and ensure those who have done well out of the housing market do not leave behind those with no home at all. “So today I can also announce the next Labour government will strike a blow against housing inequality with a new national levy on second homes used as holiday homes, to help give homeless families the chance of a first home.”

Mr Hanson from the British Landlords Association said “for decades consecutive governments have pledged to deal with the growing housing crisis. I am saddened Mr Healey believes that it is the private landlord who is the cause of homelessness. I was under the impression it was government that was responsible for housing and not the private landlord.

For decades councils have failed to build social housing as our population has grown. The result of labour’s grand scheme will result in even more landlords selling up and homelessness will increase.

Our councils have hundreds if not thousands of families in each town in B & B’s waiting for housing, waiting for several months in some cases. Often 4 family members stay in 1 room for months just waiting to be housed and our councils are struggling.

It is high time our politicians stopped blaming private landlords and deliver on building more social housing of which consecutive governments have failed to do in the last 25 years.”