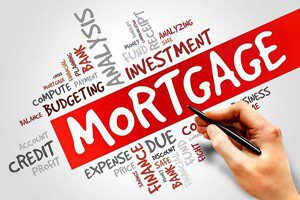 The sale of mortgage loan books and the “cancer” of vulture funds means Ireland is walking blindfolded into a massive social crisis, a mortgage campaigner has said.

David Hall of the Irish Mortgage Holders Organisation told an Oireachtas Finance Committee that a “tsunami is coming” with 17,000 mortgage holders vulnerable to having their homes repossessed.

“I now believe that 17,000 mortgage holders which affects nearly 80,000 people – a Croke Park full of Citizens – will have their homes repossessed. This is because the banks have been complicit in hiding the human crisis and destruction that is ahead,” he told TDs and Senators.

He said the selling on of mortgages in arrears to vulture funds was a “social evil” that had been allowed to happen under the watch of the Government and the Central Bank.

“Vulture funds are a cancer in our society. They have one thing on their agenda and that is feasting on the carcasses of those who suffered because of the gambling by banks.

He said a damaging narrative was emerging that thousands in arrears were “messers, strategic defaulters and non-engagers”, which was untrue.

“The majority of those in long-term arrears which stands at 31,5000 households can’t pay,” Mr Hall said.

He claimed the homelessness list would quadruple in the next two years unless a NAMA-type organisation was formed to take over non-performing loans in all of the lenders.

“Unless steps are taken to establish a NAMA type organisation or to ensure a debt for equity solution is imposed to take over these loans in all of the lenders along with an immediate review of the social housing qualification criteria we will be walking blindfolded into a massive social crisis.”

Meanwhile, the founder of consumer website Askaboutmoney.com, Brendan Burgess said he estimated 10,000 mortgage holders were making no attempt to pay their arrears and should face having properties repossessed, adding that vulture funds were necessary.

“The 300,000 borrowers pay the highest rates in Europe. You don’t get free accommodation. It would not be tolerated anywhere else,” he said.