Landlords Association Recent Landlord News I want to add to my property portfolio, shall I buy now, or will property crash because of Brexit? 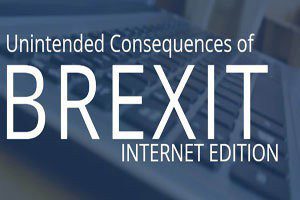 Should hold off until after Brexit

I want to buy property to add to my portfolio, should I buy now or I should hold off until after Brexit has been resolved?

I doubt anyone can answer that question, if you could, then you would need to (1) predict the type of Brexit we’ll end up with (2) How it will affect property prices.

Property prices in parts of London that were once at the epicenter of the UK property boom have fallen as much as 15% over the past year in fresh evidence of the impact of the EU referendum.

However, there are many views from various pundits how the property will behave on various Brexit scenarios. The governor of the Bank of England, Mark Carney, has warned in no uncertain terms that if it all goes horribly wrong and we face a “disorderly” Brexit the wider economy will suffer, unemployment, consumer prices and interest rates could rise.

In a bad Brexit case scenario, Mr Carney has said prices could fall by as much as 30%. With a worst case scenario you ought to stay out until the property market has reached the bottom.

Some pundits believe that for at least 2 years would be buyers have been waiting on the sidelines, and as soon as the uncertainty is lifted the property prices will go up fairly, quickly by 15%.

We have a mixed bag and plenty of turmoil to come, I would be inclined to stay out of the property market, until the dust has settled.

Membership with the British Landlords Association is totally FREE to join now!