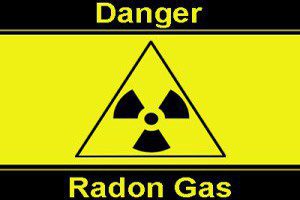 A survey of radon levels in properties is not a priority but landlords and homeowners should carry out their own tests to detect the radioactive gas, the head of Environmental Health has said.

Last week Andium Homes, Jersey’s social housing provider, announced it had carried out radon testing in more than 1,700 properties during the last year, detecting levels in 42 homes which were above the recommended safety limit of 200 becquerels per cubic metre.

Andium, which called for a broader survey to now be carried out across the Island, has notified each of the tenants in the properties affected and is due to carry out remedial work soon.

Radon is emitted from the ground and high concentrations of the odourless and colourless gas have been linked with causing lung cancer, although its actual health impact is disputed.

Stewart Petrie, director of the Environmental Health Department, said that while he welcomed what Andium had done, his team would not be carrying out a wider survey in private properties across the Island.

‘It would probably cost around £1 million for us to carry out radon tests in all of the Island’s properties,’ he said

‘To be honest, I think if we were to spend that amount of public money we would try to target it better than radon testing.

‘But I would encourage and recommend people to carry out radon tests if they live in ground floor properties, particularly if they are older.

‘We know that buildings which are next door to each other could have completely different readings, so any building could potentially have high levels,’

Mr Petrie said that landlords will have a ‘duty of care’ under new rental dwelling regulations that are due to be introduced later this year to ensure there is not excessive radiation in rental properties.

He added that owner-occupiers could also carry out tests for radon should they wish.

‘The tests can be carried out for only £60 to £70 and require a couple of units which are half the size of a golf ball to be placed in the bedroom and ground floors of a building,’ he said.

‘Remediation works, if they are necessary, would cost around £1,000. What people might want to do if they are buying a house is ask for a radon test to be carried out and if remediation is required ask for that to be deducted from the price.

‘Homes which were built after 1997 should be safe because that’s when regulations came in requiring an impermeable sheet to be laid underneath buildings.’

Mr Petrie said that it takes many years of exposure to radon for it to cause lung cancer and it is mainly a threat to smokers, who already have an increased likelihood of developing the disease.

Radon is present in the open air but dangerous concentrations of the gas can build up in enclosed ground floor spaces if they are poorly ventilated.

A report published in 2014 by the Environment Scrutiny Panel was critical of the low level of radon testing in the Island and said that two cases of lung cancer in Jersey every year could be associated with exposure to the gas.