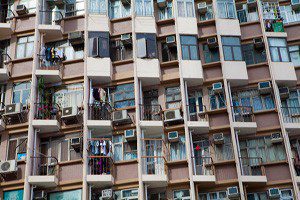 The courts have set a precedent that could result in HMO landlords saving hundreds of pounds a year.

In a case between HMO landlord Peter Gaskin and The London Borough of Richmond Upon Thames, the administrative court ruled that HMO licence fees charged by local authorities can only cover the cost of the licencing scheme, not the cost of enforcing the scheme.

HMO licenses have to be renewed every five years and when Gaskin came to renew his licence the council asked him to pay a fee covering not only the costs of processing his application, but the authority’s costs of running the licensing scheme.

Gaskin refused to pay, resulting in the court battle.

Andrew Turner, chief executive at Commercial Trust, said: “This is an interesting case which may set a precedent for some landlords and could have the potential to save HMO landlords hundreds of pounds, if some local authorities have been charging more than they were legally entitled to, for HMO licenses.

“This is a matter of law and I would urge any HMO landlords that believe they may have been overcharged, to seek professional legal advice.”

The court ruled that Gaskin, who has property in Richmond, London, met EU requirements by providing a service.

Therefore the fee charged by the authorities must also comply with EU law.