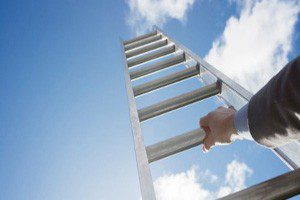 Halifax Reports House prices on the Up

HOUSE prices in the UK are continuing to rise, according to the latest figures from the Halifax House Price Index.

The report shows that UK house price growth, improved during the first quarter of 2019, reaching an annual rate of 2.8 per cent, compared to 1.9 per cent in the fourth quarter of last year.

Although an improvement since the end of 2018, and the highest year-on-year increase since the third quarter of 2017, inflation, none the less maintained its recent trend of moving within a historically subdued range of two to three per cent.

On a quarterly basis, the index, which is administered by IHS Markit, also indicated that prices had risen by one per cent since the end of the year.

A third successive quarterly rise helped to take the standardised house price in cash terms up to a new record level of £231,891, from £229,675.

Compared to a year ago, UK house prices have increased by an average of £6,298.

There were notable divergences in regional house price trends during the first quarter of 2019. Despite a near three per cent increase in prices in the Greater London area over the quarter, market conditions were relatively subdued in the South of England, especially those neighbouring the capital.

Indeed, compared to a year ago, prices in the South East were up only fractionally (0.5 per cent), while those in East Anglia declined by 0.9 per cent.

Prices in the Midlands were also relatively subdued. The East Midlands saw prices rise by just 1.8 per cent on the year, whilst those in the West Midlands were down by 0.6 per cent.

In contrast, the North West registered a notable acceleration in the rate of inflation to 6.2 per cent – its highest level in a year and a half, while Northern Ireland maintained its recent strong trend to record inflation of 5.6 per cent and there was an improvement in house price inflation in Wales to 5.9 per cent.

Meanwhile, the latest price data shows that London remained by far the most expensive region to purchase a house in the first three months of the year.

The average house price in London has been just below £488,000 for the period – more than double the UK average.

At the other end of the scale, it was in Northern Ireland, where the prices were lowest of all UK regions (£134,980).

“National house price levels are being supported primarily by a limited supply of properties flowing into the market, rather than any fundamental uplift in demand. Although labour market conditions are positive, with record levels of employment and rising wages, the inevitable political and economic uncertainty created by Brexit is weighing on confidence heading into the second quarter of the year.

“These influences are, however, tending to vary across the country, with aforementioned headwinds impacting most noticeably on the housing markets of the South of England, where prices are fairly flat compared to a year ago. In contrast, the North West, Wales and Northern Ireland are experiencing robust levels of house price inflation.”