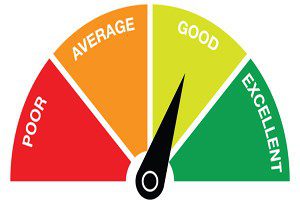 Private landlords will have to put up to £3,500 into upgrading

Landlords will be required by law to improve homes with the lowest energy performance ratings to make them retain more heat, the government announced today.

Private landlords will have to put up to £3,500 into upgrading the least energy-efficient properties, in bands F and G, to a more suitable standard or face fines of up to £5,000.

The government has previously faced criticism from fuel poverty campaigners such as National Energy Action (NEA), after proposing that landlords facing energy-efficiency upgrade costs of more than £2,500 be allowed to claim exemption from the standards.

NEA director of policy and research Peter Smith said that privately rented homes can cause “acute risks” for tenants in cold and damp weather and that less than a third of these homes would be improved under the new rules.

“While there has been some improvement to the previous proposals, the vast majority of private landlords are still going to be able to rent out properties which are dangerously cold and damp,” he added.

“The government themselves admit just over 30 per cent of the least efficient homes will be improved up to the ‘minimum standard.’

“In England alone, over 35,000 households will still be left living in the deepest fuel poverty, trying to keep properties warm that are impossible to heat.”

The Department for Business, Energy and Industrial Strategy expects the new measure to affect 290,000 properties, which represents around 6 per cent of the overall domestic market.

However, campaigners said that raising the cap on landlords’ costs to £3,500 would only help an additional 5,000 homes.

Lifting it to £5,000, as first proposed and recommended by fuel poverty groups, would have helped 40,000 more.

Green Party energy spokesperson Andrew Cooper told the Star: “Energy meters are a really positive way of helping people get control of their energy use and to understand the costs of energy.

“We do, however, need to make sure that there is proper help to ensure private rented properties are properly insulated to ensure tenants are not in fuel poverty.

“Government cuts to the energy company obligation mean there is now less support to improve the energy efficiency of homes, particularly for people on low incomes.”

The cap is expected to take effect at some point next year.