Landlords Association Recent Landlord News Land that has a history of flooding. The council insist on plans to build houses ‘should go ahead.’ 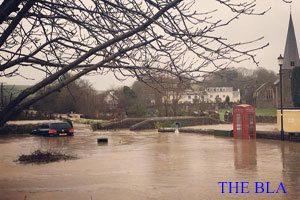 Recent reports hitherto reveal, thousands of new homes are to be built in England, that are known to be high flood risk. Local authorities are under pressure, to balance housing targets, with a shortage of suitable land and the consequences of climate change.

There ten local authorities in England with the highest number of homes already at serious flood risk. These authorities plan to build 35,000 homes on land the government acknowledges is at “high-risk” areas.

Local Authorities under pressure to build

A typical case, where authorities are under pressure to build on land that is prone to flooding is Ruthin.

Residents in Ruthin are upset, as the council insist on building more social housing in the area.

Land adjacent to Glasdir estate, Ruthin has seen severe flooding in previous years and recently. Denbighshire council have said; affordable housing development in Ruthin should go ahead. This is despite hundreds of objections. Three hundred people have signed a petition requesting, Denbighshire councillors, to reject the application for 77 properties, beside Glasdir estate, Ruthin.

Glasdir had previously suffered, severe flooding and residents are concerned, the new plan could cause more flooding.

The application to build by Clwyd Alyn Housing is for bungalows, semi-detached and detached houses built adjacent the existing Glasdir estate.

Ruthin town council has embraced the provision of affordable housing but wants five properties next to Rhos Street Primary School’s playground to be removed from the plan.

Residents who are against the proposal argue, there is no demand to build so many affordable properties.

The opponents of the plan, argue increased traffic would be a hazard for people making their way to and from the school. While also blocking any future extension to the school playground.

The campaigners have the backing of Clwyd West AM Darren Millar, chairman of the school’s governors and Chris Johnson.

Denbighshire’s planning committee will consider a report from the planning officers on Wednesday. The officers in the report expressed, reservations about the “design approach” that was submitted.

The officers added, “these concerns have to be balanced, against the need for housing, in particular, the need for additional affordable housing within the county. The fact there are no technical highway or drainage objections”.

This particular area, where it is proposed social housing should be built, is prone to severe flooding. 27th of November 2013, Ruthin saw severe flooding, that is still etched, in the memories of residents.

Mark and his wife Diane, have vivid memories of the flood of 2013. Mark and Diane disinfected the house themselves and painted over the watermarks.

He said: “Without an insurance payout to rely on, we were very much still living in the shell of the floods.

“We had no money to move out like others; we just had to stay with our house and put up with it; we had nowhere else to go.

“This has been and still is, really distressing time for us. We still can’t see a way forward; there is no light at the end of the tunnel until someone accepts liability.”