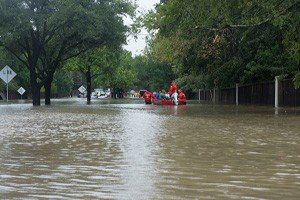 Contents hide
1 Flooding: Impact on house prices in high-risk areas
2 Flood-hit areas
3 How to check if your development is in a flood zone?
4 Will flooding affect my home insurance?

A recent investigation into flooding that has caused devastation to many areas across England has not yet to impacted house prices in afflicted regions.

The investigation has examined how flooding events over the past ten years have impacted the property prices.

The investigation was conducted by GetAgent.co.uk, who undertook the research. Their report indicates:

Property prices have increased by some 49% across England in the last ten years.

Areas marked as ‘at risk of flooding’ by the Environment Agency, surprisingly had a growth that had only trailed behind at -2% but still showed growth of47%.

The counties in which these flood-risk locations, are known and identified, property prices had increased at 45% during the same period.

The report showed the following change in the property prices for the affected areas:

Mr Colby Short, founder and CEO of GetAgent.co.uk, said: “On a case-by-case basis, flooding is costing homeowners, thousands, upon thousands and those worst at risk, year in year out, will no doubt struggle to sell at a decent price, as a result (of the flooding).

However, looking across the nation, at the top line, the risk of flooding is yet to dampen house price growth. Across the majority of these most at-risk areas, and in fact, house prices in a lot of flood risk areas, are climbing at a faster pace, than the wider areas, they are situated within.”
Mr Short added: “It’s becoming very clear, that attempts to protect the nation’s homeowners, from more frequent floodwaters are inadequate, and more, must be done to help those in need safeguard, what is likely to be their most expensive asset.”

How to check if your development is in a flood zone?

If you are concerned your property may be in a flood zone, you can carry out a check. Due to the severe nature of flooding, many organisations are highlighting flood concerns. They provide rich insight and data for various locations.

The process is relatively simple. You can visit the Environmental Agency and check the Flood Map.

You can obtain a Flood Risk Assessment (FRA) for your current property or a property you may be thinking of buying. Most lenders will insist on this report if you are buying a property.

A joint report by Guardian and Greenpeace highlighted More than 11,000 homes in England to be built on land at high risk of flooding. The frequency of Flood risk from swollen rivers across England it is essential to obtain an FRA,

Friends of the Earth say Climate breakdown will make flooding in the UK worse, and it’s already a huge problem. They provide resources online to check flood areas.

Will flooding affect my home insurance?

flooding may affect your insurance premium Considerable. Especially if a property has been flooded in the past or is in an area of high flood risk. Some insurers will request for an FRA confirming the flood risk level associated with the property. This is useful for your lender, who may want to satisfy themselves that the property capable of being insured.