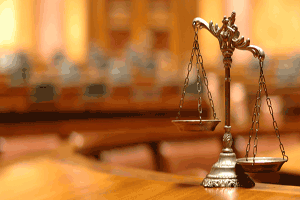 One council officer said; The introduction of civil penalties means the council can avoid taking landlords through court if it believes they have committed certain offences under the 2004 Housing Act. However, government guidance states that the maximum £30,000 fine be reserved for the very worst offenders.

In some parts of Grimsby and the Wirral in certain area’s a 3 bedroom house is worth around £40,000 for serious offences what would be the proportionate figure?

Joel Lamy wrote an interesting related article in a short snippet he wrote;

Money collected can only be used for rental sector

Money collected in fines can only be spent on enforcement in the private rental sector. This should deal with many landlords concern that the money collected is going to be used by councils for other budgets.

The landlord or property agent will have the right of appeal against a civil penalty to the First-Tier Tribunal which can confirm, quash, vary, or cancel the civil penalty imposed by the council. The same criminal standard of proof is required for a civil penalty as for prosecution. This means that before taking formal action the council should satisfy itself that if the case were to be prosecuted in the magistrates’ court there would be a realistic prospect of conviction.

The authority would need to demonstrate beyond all reasonable doubt that the offence had been committed. The new civil penalties follow the introduction of selective licensing which forced landlords in Central, North, East, Park, Fletton, Bretton North, Stanground Central, Walton and Orton Longueville parts of the city to pay for a five-year licence for each of their properties.

Selective licensing came into force in a bid to tackle rogue landlords, but its introduction was met with dismay from many Peterborough landlords who felt they were being unfairly penalised.