Landlords Association Recent Landlord News Financial history is repeating itself, this time are we prepared? 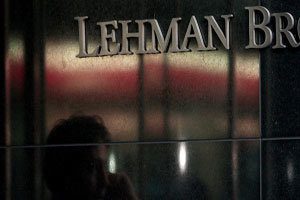 Few who experienced it can forget the Great Recession of 2008 — the collapses, the bailouts, the layoffs, the repossessions, the shuttered companies and shattered livelihoods. Unemployment doubled between December 2007 and October 2009; in under two years it grew from a healthy 5 percent to a scandalous 10 percent. Today’s college students, however, were just entering double digits when the shock hit; over the last decade they’ve seen only economic growth. With 3.7 percentunemployment, the United States is now more fully employed than it was before the crash, yet there’s no guarantee of continued prosperity.

The layoffs, the repossessions, the shuttered companies and shattered livelihoods

Some economists expect a recession before 2020. Pessimists have a persuasive case: The Dow Jones Industrial Average fell 400 points and the S&P 500 dropped 1.5 percent as the technology sector pulled back 3.4 percent. Could Generation Z be facing a shock of its own? And might a new technology, blockchain, prove valuable to young people looking for a stable and rewarding career path?

Millennials who had the misfortune to graduate during the Great Recession still bear the financial and psychological scars. Today’s college students, many of whom watched older siblings or even parents struggle through an unusually cruel job market, have shown increased interest in STEM (science, technology, engineering, and math) fields: a recent survey of 2,000 Americans showed that students are now twice as likely to study STEM fields, including computer science, compared to their parents. These students’ thinking makes a lot of sense: There are too few workers with STEM backgrounds, so it’s a job seeker’s market, and the jobs that exist tend to offer high job security and pay.