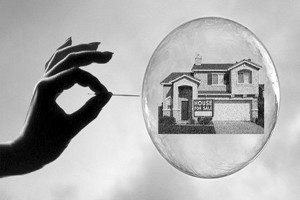 The number of people successfully reclaiming inheritance tax due to falling house prices has more than doubled in the past two years, a Freedom of Information request has shown.

Between April 2010 and April 2017, each year there was always between 2,000 and 3,000 people repaid inheritance tax because they subsequently sold a property for cheaper than it was valued.

The climb coincides with a slump in house prices, particularly in London and the South, and NFU Mutual says advisers should encourage other families to check whether they could be owed thousands of pounds.

Inheritance tax is charged on the value of assets at death and must be paid before the estate can be handed over to the family. But if executors sell a property for a lower value within four years of the death, they can reclaim the tax paid on the loss through an IHT38 form.

Sean McCann, chartered financial planner at NFU Mutual, said: “Many families may have paid more inheritance tax than they need to.

“If you’ve inherited a property recently you may well have overpaid inheritance tax considering the sizeable slumps in house values in certain areas of the country.

“When property prices and share values fall, rebates are not given automatically and need to be proactively claimed.

“Those that opt for do-it-yourself probate are not always aware that inheritance tax can be reclaimed in this way.

“With such a dramatic fall in house prices in some areas of the country, families should take advice to ensure they don’t miss out on any potential rebates.”