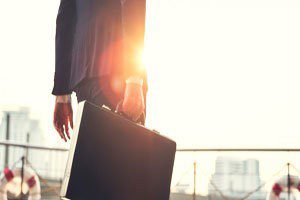 Frank Smart, who has operated his sales and lettings business in Newmarket since 2007 has not been heard from since early August.

Nigel Lewis for the negotiator has reported; – A prominent estate agent in Cambridgeshire has gone to the ground owing thousands of pounds of rent and deposits to landlords and tenants, it has been reported.

Francis or Frank Smart, who until recently operated his agency Smart Residential in central Newmarket, is said to have been missing since July after his branch closed.

A Facebook group has been set up by disgruntled landlords many of whom are owed significant sums of money by Smart and several of whom have reported him to the police.

Landlords on the Facebook site are also worried because Smart holds keys to their properties.

The saga began approximately six weeks ago when Smart went to ground and, despite desperate attempts to contact him, has been largely silent.

In July he told customers via social media and on a sign affixed to his branch window that he been forced to close the office after a move to new premises had gone wrong. But since early August he has not been seen or heard from.

Smart operates two businesses, Frank Smart Limited for his lettings business and Pivotal Homes Ltd through which payments to his landlords are made. Both firms are active and are up to date with their accounts.

Since his disappearance it has emerged that the deposits of several tenants who rented properties through Smart Residential have not been lodged with any of the government-approved schemes, local newspaper The Newmarket Journal reports.

The unravelling disaster appears to be out of character for Smart, who has run his businesses for eleven years in Newmarket and worked in the industry for over 16 years working for agencies in and around Cambridgeshire before setting up his own business.

And within his OnTheMarket business page Smarts claims to be a survivor having steered his business through the 2008 financial crisis.