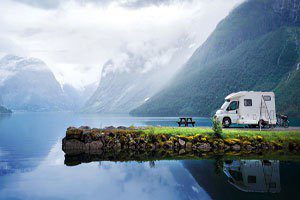 Bar head news has reported that a policy which doubles council tax on vacant properties and raised around £12million for Scottish councils last year will not be introduced in East Renfrewshire…because there aren’t enough empty homes.

More than 15,000 empty homes across Scotland were charged double council tax last year, through powers made available to the country’s 32 local authorities back in 2014.

Since April 2014, Scottish councils have been allowed to charge 200 per cent council tax on properties that have been unoccupied for more than a year.

The aim of the law change was to encourage owners to sell or bring their properties back into use, reducing the number of homes lying empty across the country.

However, it is up to each individual council to decide whether it wishes to use the levy.

A Freedom of Information request submitted by the BBC revealed that councils using the empty property powers have raised almost £36m of additional revenue in the last four years.

Glasgow City – Scotland’s largest council – only introduced the policy in April this year, so could not provide any figures.

East Renfrewshire is one of just four local authority areas, alongside Orkney, Shetland and South Lanarkshire, to confirm it did not operate the policy and has no plans to introduce such a move.

“Should this situation change significantly, we would consider if adopting this policy is something which would assist us in bringing properties back into use.”

Shaheena Din, national manager for the Scottish Empty Homes Partnership, said the empty homes levy is helping to get more properties back into use.

She added: “On its own, empty homes work won’t fix our broken housing system but it does have a part to play and it also contributes to a wide range of other council policy areas, including safer communities and stronger local economies.” Author; John McNee