Landlords Association Recent Landlord News Could a change in Prime Minister spark a change in policy for the PRS? 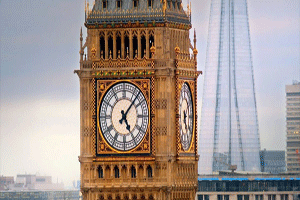 The private rental sector will cast an eye on events

As speculation mounts as to the future of Theresa May as Prime Minister, the private rental sector will cast an eye on events, with more than a passing interest in the consequences.

Andrew Turner, chief executive at specialist buy to let mortgage broker Commercial Trust Limited, sets the scene for how a change in leader could benefit landlords.

The past four years have brought radical change to the buy to let industry, at a time when demand for private rented housing is at an all-time high, benefits have caused rental arrears and there is the pressing issue of homelessness.

Government policies since 2016 have resulted in a recent slow-down in buy to let mortgage applications, highlighted recently by UK Finance.

At the same time, changes have resulted in the threat of many established landlords leaving the sector.

Significant changes to the sector

The introduction of the 3% stamp duty surcharge in April 2016, has put some investors off buy to let. In London, where house prices and thus stamp duty are significantly higher, there has been

Stagnation in some areas.

Changes to the wear and tear tax relief and of course the reduction and phasing out of mortgage interest tax relief, continue to hit landlords in the pocket.
At the same time, the Government has introduced new licensing rules affecting Houses of Multiple Occupation and Minimum Energy Efficiency Standards – both of which have caused thousands of landlords further expenditure.

Earlier this year, the Government indicated that it wants to abolish Section 21 eviction notices – potentially limiting a landlord’s ability to regain possession of the property they own, should the worst scenario manifest with a tenant. This issue is a particularly sensitive one with landlords.
Change for the right reasons?

Whilst the Government has stated that its intentions are to raise standards in the private rental sector, to improve living conditions for a growing renter base, each law change has indirect consequences.

Some cynics have suggested that the policy changes have been nothing more than an attempt to win votes from the tenant population.

Whatever the intent, landlords, agents and tenants are having to deal with the consequences of these changes.

If landlords leave the sector, there is potentially less private rental housing stock available for the growing tenant demand – and market forces will then likely see a rise in rents, which affects the people the Government says it most wants to help.

The poll also reflected landlord sentiment over how they feel the Government has perceived their industry, with just one in six private landlords suggesting they would support the Conservatives in an election. Two thirds of those landlords said they voted Conservative at the last election.
Richard Lambert, chief executive of the NLA, recently commented. “It’s hardly surprising that landlords are losing faith in the Conservatives given the way their government has overturned the economic, and now legislative, foundations of the private rented sector since 2015. The Tories’ attitude seems to be ‘Well, who else are landlords going to vote for?’ The response is coming back loud and clear, Not you.

“Conservative ministers need to take the time to understand what’s actually happening in the private rented sector or it may end up costing them dearly.”
What opportunity is there for change?

Of course rumours about the Prime Minister’s future abound and one can only speculate at who might replace Mrs May, not to mention their views of the private rental sector.
However, there is a universal acceptance that housing needs to be a top priority.

Several members of the Conservative Party have publicly called for changes to some of the legislation that has been introduced.

In March, former work and pensions secretary Iain Duncan Smith, suggested to a conference in London, that landlords who let to social tenants should pay less tax.
He also criticised some of the landlord tax changes made by the Government, suggesting:

“I think there have been some mistakes made. I think we really do need to ensure that we keep the social rented sector functioning, and with reasonable margins so that [landlords] stay in it, otherwise we’re going to be pushed to find rental properties for people and some of that pressure already exists.”

In August 2017, prominent Tory Jacob Rees-Mogg, insisted that stamp duty must be cut “as a matter of urgency”, warning that a failure to do so, could cost the party the next election.

Johnson called housing “the single biggest and most urgent crisis we face”.

Reform must come from within the Government.

The latest English Housing Survey revealed the nation’s growing reliance on the private rental sector, which grew to 4.5 million households in 2017-18, constituting 19% of all households. The EHS data indicates that the PRS has more than doubled since 2002.

Not only is Government reliance on landlord voters at stake with policies, but the effect of changes impacts on the whole housing sector and where people can live.

Clearly it would seem from public statements made by prominent Conservatives, that housing policy – and in particular the changes imposed upon landlords, have not been universally agreed.