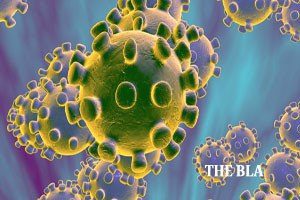 Contents hide
1 Self-isolate for 14 days
2 Prevent the Spread of Coronavirus
2.1 No threat to evict or remove
2.2 Follow the advice of the Government Chief Medical Officer

A landlord who is a company, claims the couple were requested, to leave the building, based on advice from NHS England.

A 19-year-old female student, claims she was ordered to leave her student accommodation, by her landlord. The landlord asked her to vacate the property after, she started showing symptoms of Coronavirus.

Miss Elise Connolly, returned home on the 5th of March from Italy, to her student accommodation in Liverpool, with her boyfriend.

The couple began manifesting signs of the virus, while they were in Rome, including a cold, a sore throat and a temperature. The couple contacted the NHS, on 111 for advice, upon arriving back in Liverpool.

Miss Elise was advised by the NHS, by telephone to stay in her accommodation, with her boyfriend, and self-isolate for 14 days.

Student claims, she was promptly asked to leave the accommodation, by a member of the management, to prevent the virus from spreading.

Mr Neil Carlyle, a director of Caro City Point, claims the staff were only acting on advice from NHS England. Mr Carlyle said the couple, lived locally, so they were requested to leave the building, and self-isolate at home.

Prevent the Spread of Coronavirus

Mr Carlyle said the tenant, was not evicted from her accommodation. She was requested to leave her accommodation, to prevent the possibility of the virus, spreading to other students in the block.

Miss Elise told the Liverpool Echo: “We both came back from a holiday in Rome, and felt unwell. I started feeling ill on Wednesday, and so did my boyfriend.”

“I have a cough, a cold and temperature too; my boyfriend had a cough and a cold as well.”

“We rang 111, and they told us to self isolate in my accommodation and stay in our room. But I share in a cluster with other people, and I share a kitchen with them, so I made them aware of it.”

Miss Elise added: “He rang me and told me to get out and when he got there, he started banging on my door telling us to leave.”

“He was calling us selfish for staying even though we’d been told from the NHS to remain there and self isolate.”

“We had nowhere else to go, and we didn’t want to infect more people by leaving the room.”

“We were getting family members to bring us a kettle and a microwave, and we were going to stay in the room because I have my own bathroom.”

Miss Elise said, her boyfriend is not a tenant and does not live in the accommodation with her, he was told to leave immediately.

She was informed, that they would allow her to stay the night, but she must leave in the morning.

The couple, both decided to leave the accommodation, the same night and are now self-isolating, at her boyfriends family home.

No threat to evict or remove

The landlord of Caro City Point has said, they did not threaten to evict or remove Miss Elise from the accommodation. They requested her to leave the building to protect other tenants. They said this was based on the advice NHS England gave them.

In a statement, director of Caro City Point, Neil Carlyle, said: “Elise is a tenant at City Point in an 8-bed cluster, City Point is home to 159 students.

“It was brought to our attention by our on-site manager late last night.

“One of Elise’s flatmates advised our manager, that she had just returned to the student accommodation from Italy with her boyfriend, who is not a tenant of Caro Student, and was complaining of feeling unwell.

“They did not inform any member of staff, that they had returned from Italy and felt unwell.

“Our operations director attended the site and spoke to Miss Elise, and she confirmed she had called NHS 111 for advice.

“We also rang NHS 111 and spoke to NHS England and explained the situation and that Miss Elise lived locally.”

“They advised in the circumstances and given that Elise shared her cluster and kitchen facilities with eight other flatmates, she should go home and self-isolate there rather than the possibility of spreading any potential illness to the rest of the students within the block.

“The NHS view was to minimise the spread as much as possible.”

Mr Carlyle continued: “Elise explained she had spoken to her dad and we should talk to him. I rang Mr Connolly and advised him that NHS 111 had advised us to ask Elise to return home if possible.

“Mr Connolly then advised me she will have to stay in her room, which we agreed to do.

“As Elise’s boyfriend is not a tenant of Caro at City Point, he was asked to leave the building as soon as possible, and we advised him that he should call NHS 111 to seek advice if he felt unwell. We suggested Elise she should stay in her room until further notice.

“Some twenty minutes later, Elsie’s boyfriend’s dad turned up to collect them, and they both decided to leave the building.”

Mr Carlyle said: “At no time did we threaten to evict or remove Elise from the building. We asked if she could return home locally to protect the other tenants if she was ill with Coronavirus, which still has not been confirmed.”

“We take our obligations to our tenants seriously and have the welfare of our students at the heart of everything we do.

“We have issued written advice to all students that have been received from all the universities via email and put notices on notice boards at entry and exit points to all buildings.”

“Mrs Helen Cartwright, from the British Landlords Association said: “It is vital, all landlords know what their obligations are to there tenants. Landlords should do whatever they can, to prevent the spread of Coronavirus.”

Follow the advice of the Government Chief Medical Officer