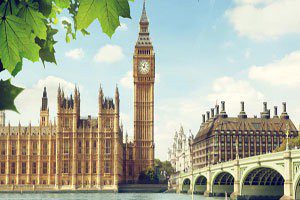 Minimum three-year rental contracts, intended to give tenants greater security, could end up giving the government a headache.

A recent report by Paragon’s latest PRS Trends research shows 32% of investors would not buy the property if the minimum 3-year tenancy law came into play.

Mr Heron, director of mortgages at Paragon said, “Landlords are highlighting that the diversity of the tenant population calls for a diversity of tenancy arrangements. While some groups value greater security, many other tenants favour flexibility. Young professionals, for example, value the flexibility that the PRS brings to move to different areas and to different types or property.

In light of these findings, rather than impose long-term tenancies as the primary or default arrangement in law, it may be preferable to bolster tenants’ rights to choose from a range of different tenancy lengths and boost incentives to landlords to enter long term arrangements where requested.”

The 3-year tenancies in principal seem like a good idea. However, this would mean some people whose circumstances, like accidental landlords, they would not be able to let their property. Many landlords want tenants to stay long term, but in reality, there are reasons experienced landlords would not be keen to let property for 3 years;

(1) If bad tenants default some erect defences just to stay in the property and not pay rent.

(2) 3-year tenancies would mean landlords cannot exercise the section 21 route for possession until the 3 years have expired.

(3) It would mean the only route for possession would be under section 8. Tenants who don’t pay, and don’t have the money, are likely to get legal aid to defend the possession claim just so they can stay in the property longer, while the landlord pays thousands of pounds in legal fees trying to evict them.

(4) If you think the legal process is going to dispense justice in a timely manner, think again. Our courts are barely functioning as it is. Just type into Google “Central London County Court” or “Clerkenwell & Shoreditch County Court” – on the right under business listing see the comments. These comments are a reflection of our county courts right now. You can type almost any county court, and the picture is the same.

(5) Being a landlord is a risky business as it stands now. Locking landlords into three-year tenancies significantly increases the risk in what is already a very risky business.

(6) 3-year tenancies would mean fewer properties on offer to let. It’s a simple case of supply and demand, which means fewer rental homes available and rents will rise.

As a consultant to 3 national companies who provide support for landlords who have bad tenants, we see frequently see on a daily basis nationally many ugly case’s. Some of these cases have been aired on Channel 5s’ “Nightmare tenants”.

I have no doubt, should the government introduce this ill idea of 3-year tenancies, then the letting sector would shrink very rapidly. Given consecutive governments have failed to deal with the growing housing crisis, the homelessness is and would accelerate if the 3-year tenancies are introduced.

Mr Sasha Charles MD of Landlord Advice UK, from one of the national leading tenant eviction companies, said, “When tenants go rogue, the landlord as a non-contentious route has some comfort that they will be able to evict the tenant under section 21. Introduction of 3-year tenancies would be a disaster”.

Mr Ahmad from the British Landlords Association, said, “the Assured Shorthold tenancy was introduced under the HA 1988 on the 15th of January 1989, with the aim investors can invest in residential property and have the assurance that after the fixed term they are assured they can get their property back. Increasingly in the past 4 years, more and more legislation has meant that even the section 21 is a sitting duck if the tenant is going to be economical with the truth. Meaning that there is so much more legislation now that can render the section 21 invalid.

Of course, it’s not the 1st time our government would have made serious errors in housing legislation. The HA 1988 was intended to give landlords assurance, that they could let their property and be assured they would get it back after the fixed term.

The problems landlords faced like above, the government of the day, gracefully, when they introduced the HA 1996 turned on its head the (1) requirement of the section 20 notice, no longer needed. This was dispensed with. (2) The requirement that an AST must be in writing was deleted, dispensed with changed to – each and every tenancy shall be an assured shorthold tenancy unless expressly written otherwise.

I have no doubt, should the government make an ill judgement and introduce the 3-year minimum tenancy rule, it is one they will repeal. The concern for us is, this will add more people to the homeless list. Some of these homeless in the future may well be our work colleagues, friends or family.