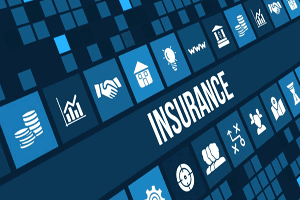 Customers paying, on average, 3% less for building insurance than February 2014

According to Consumer Intelligence, the latest data shows home insurance customers are saving money as insurance premiums are cut in the past six months. This should feed through to lower bills. Some customers are still seeing price rises and possible reason for this is as below.

The insurance data analytics business data collated shows that average home insurance costs were virtually unchanged in the year to July recording below inflation increases of just 0.3% to £132, with premiums falling 2.6% in the past six months as competition gathers pace.

The biggest insurance premium falls were in Wales, where prices went down by 2.7%, and in the North East, where bills were 1.7% lower. Customers in the South West of England, however, were paying the lowest bills, averaging at £117.

Consumer Intelligence, which compiled the information, provides the data used by the Government’s Office for National Statistics to calculate inflation. It first began collecting data back in 2014, which is the year it is using as a comparison for this latest home insurance analysis.

Consumer Intelligence explained Building insurance customers, as an average across the country, were paying 3.1% less than they were four-and-a-half years ago. They said this is the result of price cuts by providers in the last six months feeding through to lower bills.

John Blevins, Consumer Intelligence pricing expert, said premiums peaked in December 2017 and have been falling ever since.

He added: “There have been warnings from some insurers about adverse weather claims hitting profits but that has not translated into premium increases and without any significant external factors, such as tax increases, claims will continue to dictate insurance premiums.

“Differences in regional prices are based on claims experience which is influenced mainly by crime rates and particular local incidents such as the impact of bad weather with London and the East Midlands the biggest exceptions to the general reduction in insurance premiums.”

The age of the building is also a factor in building insurance premium price differences. According to Consumer Intelligence homeowners with properties built after 2000 were seeing annual increases of 2.6% and prices were rising for homes built after 1970.

However, premiums for older building were falling in general, it said, with the biggest reductions of 2.6% being applied to buildings built before 1895.