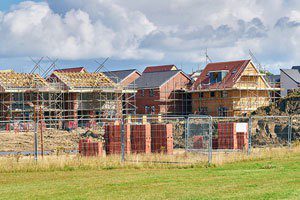 People’s lives are changing and in response the housing market needs to shift too, thinks Helen Gordon.

“They move around a lot more in their career and are starting to form families later,” says Helen, CEO of Grainger plc, the biggest residential landlord on the FTSE 250 Index with a market capitalisation of £1.52 billion. “I don’t think the dream of owning your own home is over – I just think there will be longer periods in which people spend time in rented accommodation. And it should be good. They should have a really good experience.”

Grainger’s first venture in Sheffield is inspired by this belief, and represents a watershed moment in that it is the first purpose-built build-to-rent development to open in the city.

Brook Place, a £30 million scheme on Summerfield Street close to Ecclesall Road and the Waitrose supermarket, comprises 237 apartments ranging from studio flats to three-bed properties, alongside mod cons such as a 24-hour gym, co-working spaces and an intriguing-sounding ‘experience kitchen’ that contains the type of specialist equipment owned by professional chefs.

“Build-to-rent is where you design everything from the start knowing it is going to be a rental product rather than for sale,” explains Helen.

“We’ve got 8,600 rental properties and about the same in the pipeline – we’re the largest owner in the UK. The important thing for Sheffield is that there’s only 32,000 build-to-rent units in the whole country, and many of them are in London, so it’s really early for us to come into Sheffield. But we think it’s got all the right economics to actually make it work.”

Grainger, Helen says, assessed the ‘depth of rental demand’ in Sheffield and the figures all stacked up.

“We map 22 leading indicators of economic and population growth, and when we do that we work out which are the best cities. There are 62 towns and cities in the UK that we track, and Sheffield’s right up there in terms of its potential. There’s quite a lot of student housing, but Sheffield’s got a good graduate retention rate. They come out of student accommodation and they obviously need other homes to rent.”

Young professionals are, therefore, a prime target, but families and older people are very much in the landlord’s sights too.

“We offer long-term leases, it’s not like renting with a private landlord who might choose to sell at some point in the future,” says Helen.

Three-year tenancies are available, but this doesn’t mean rents are fixed throughout.

“We give people visibility of how their rent will grow, so they don’t get any nasty shocks,” Helen says.

Grainger is already moving on to its second project in Sheffield, a £42 million block of 284 build-to-rent flats on Well Meadow Drive, adjoining Netherthorpe Road. Construction is expected to start in early 2020 and the scheme’s practical completion is anticipated in early 2022.

The sites of both Brook Place and Well Meadow were both owned by developers Abode Hallam and Panacea Property respectively. Grainger was then brought in to look after the finished apartments, although the firm does sometimes embark on its own ‘direct development’ schemes from scratch. The company can trace its history back 107 years and is based in Newcastle with a second office in Manchester.

As well as its work in Sheffield, Helen’s business is focusing on Leeds by bringing about 242 purpose-built rental apartments over 18 floors where the old Yorkshire Post Newspapers headquarters used to stand. It is also behind Fabrik, a tower of more than 200 flats in the same city.

“We’ll have 600 or so units in Leeds as well as over 500 in Sheffield,” says Helen. “We’ll have quite a strong presence in future. It might be we’re more likely to spot opportunities if we’ve got more of a presence on the ground.”

Despite the mounting enthusiasm for build-to-rent outside the capital, Helen says house-buying will not stop – individuals will just choose to purchase property later in life.

“The biggest growth in rental is happening in the 34-55 age group – that’s indicating to us that people are staying in rented accommodation for longer,” she says. “The housing market is made up of a number of segments – social rent, private rent, home ownership and then all flavours in between. We’re targeting that mid-market of private rental to give people the ability to have a really good lifestyle in rented accommodation, and to know they can stay.”