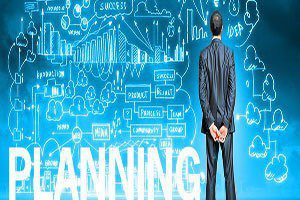 Why Brexit should not deter buy to let investment

The headlines would have you believe that Brexit is a major stumbling block to investment in the UK at the moment. But for those deliberating over whether or not to invest in bricks and mortar – and in particular the buy to let sector, there are plenty of reasons to take action sooner rather than later.

Brexit uncertainty, stamp duty charges and other legislative changes, has helped to put the slowdown in the buy to let market over the last twelve months.

Recent data from UK Finance, revealed that whilst buy to let remortgage activity has soared, the total number of buy to let purchase completions in 2018, was down 11.2% on the previous year.

That suggests economic and political uncertainty is creating caution and a “wait and see” attitude among investors.
But there is plenty of ammunition that supports the case for investment.

At some point, Brexit uncertainty has to end and the markets will adjust accordingly.

Investment in bricks and mortar should always be viewed as a long-term investment strategy and in that context, Brexit can perhaps be regarded as a temporary blip.

Certainly house prices and the housing market proved resilient in the face of the previous financial crisis, just over a decade ago. There is little reason to think the same will not be true with Brexit and five years from now, we might be looking at a very different landscape for borrowers.

It has been widely reported that there has been a marked slow-down in house price growth in some areas of the UK, in particular London and the South East, while other areas of the country, such as the North West, have seen a fall in house prices being achieved.

For those with money to invest, it could be argued that at present, we are in a buyers’ market, with opportunity knocking for those willing to invest.
That is partly down to Brexit uncertainty, but also some of the smaller landlords deciding to sell, rather than persevering with a buy to let industry, which has become more regulated and in some cases, harder to turn a profit.

Historically, house prices, over a long period of time, have proved immune to short-term economic events. Anyone looking to invest in buy to let for capital growth, should view their commitment as a long-term venture that will in likelihood, far outlive the short-term uncertainty surrounding Brexit.

Competition within the buy to let market is heightened

There has rarely been more choice in the buy to let market than the present time. In late February 2019, Moneyfacts.co.uk reported there were 2,162 different mortgage products available in the market place. That is the most in over a decade and underlines lender’s commitment to buy to let.

It also means that competition is resulting in borrowers having a wider choice of rates and incentives when choosing a suitable buy to let mortgage product.

How long can rates stay low?

That brings us on to the issue of buy to let mortgage rates and the tantalising question of how much longer historic lower rates can prevail?
Back in May 2010, The Guardian reported that Moneyfacts claimed the cheapest five-year fixed rate buy to let mortgages were at 4.49% and 4.54%, both with a maximum loan to value of 75%.

Using the above criteria, in February 2019, Commercial Trust was able to source a 5-year fixed rate buy to let mortgage at 2.36%.
Of course, finding the ideal buy to let mortgage is not all just about the rate and there are many other factors to consider, which is why I recommend speaking to a specialist buy to let broker.

But, history dictates that mortgage rates tend to be higher than they presently are – and now, Brexit or no Brexit, might be an opportune time to consider increasing your portfolio and taking advantage of the prevailing rates.

Brexit has failed to diminish the appetite for rental homes, meaning there is a long-term sustainable market of prospective tenants for anyone looking to invest in buy to let property.

In February 2019, London estate agent Foxtons reported that throughout 2018, there was an increase in its number of renter registrations in the capital (up 8% on 2017).

Sarah Tonkinson, Director of Institutional PRS and Build to Rent at Foxtons, said:
“The numbers were particularly good for Q4, which is traditionally a slower market. That, coupled with less available stock is good news for landlords for the start of 2019.”

Certainly available housing stock might have reduced on account of some landlords leaving the sector, because of tax and legislative changes.
That has helped create a situation of soaring tenant demand for fewer properties and is perhaps impacting the market, helping to create the potential for rental growth and improved rental yields for landlords willing to stick at it.

We all await the final twists and turns of Brexit negotiations and the canvas that is left behind.

But the UK’s housing crisis will not be resolved overnight and there is still going to be huge demand for buy to let landlords and rental stock for years to come.