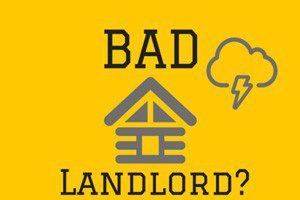 A rogue landlord has been ordered to pay more than £2,000 for repeatedly renting out a ramshackle house where the tenants could have been electrocuted.

Electrical sockets and light fitting were broken and bare copper conductors were exposed within the ceiling, sockets were overloaded with extension cables, and there were no smoke or fire alarms.

Outside, drains were blocked and overflowing, and a manhole cover was missing.

Hoey, of Foremans Bridge Caravan Park in Sutton St James, has now been taken to court by South Holland District Council and fined £1,350, with a £135 victim surcharge and costs of £808.76.

The council and the police discovered that the Seagate Farm property was still being rented out in May this year despite an emergency prohibition order issued two months earlier.

Hoey initially complied with the notice which required him to ensure the home was vacated until necessary work was completed.

However, it was re-inspected and the property was again occupied and serious hazards had not been rectified.

Councillor Christine Lawton, South Holland District Council portfolio holder for housing and health said: “We have a duty to all of our residents to ensure that they are kept safe and protected from dangerous or unsuitable conditions.

“In order to achieve this we regularly inspect these buildings and in this instance our officers identified major concerns that could seriously endanger anyone visiting or living in the household.

“After the notice was not adhered to, it was important that the council took enforcement action quickly and effectively, as allowing the building to remain occupied in its unsafe state would have been a serious risk to well-being, which as a council we cannot allow.”

“We are pleased with the result and hope it sends a strong message to rogue landlords or neglectful property owners in the District that we will always take action when appropriate.”