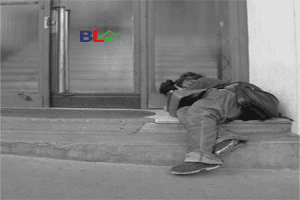 What they want is to put an end to assured shorthold tenancies. Generation rent also made a claim that some conservative MP’S are backing them.

It is hard to see any conservative MP backing this proposal given the Housing Act 1988 along with the right to buy was a great achievement Margaret Thatcher’s government made to the housing sector.

Graham Norwood wrote an excellent and an interesting similar article for lettingagentstoday;

“Generation Rent, the controversial pressure group campaigning alongside Shelter and others for the scrapping of landlords’ rights to evict under Section 21, claims it has public support for its demands – including from Conservative voters.

It claims three fifths of respondents to a poll it conducted agree that tenants who pay their rent and take care of their home should have an automatic right to stay in it, while 61 per cent believe that landlords who evicted tenants in order to sell or move back in should pay the tenant’s moving costs.

The group claims only 21 per cent of respondents thought landlords should be able to evict a tenant without giving a reason.

Support for controlling rents was even higher: nearly three-quarters of respondents agreed that landlords should not be allowed to raise rents by more than the rate of inflation.

There was stronger support still for the belief that landlords should be subject to even more regulation (79 per cent) and that tenants should expect the same level of consumer protection from their housing as they would from other services, such as their gas or electricity providers (81 per cent).

The campaign group – which has been consistently opposing the rights of lettings agents and landlords in recent years – says its poll reveals that these measures would be popular across the whole population and political spectrum.

A majority of owner occupiers (57 per cent) support tenants receiving compensation if evicted by a landlord selling up or moving back in, it says, while older voters are more in favour of rent caps than younger voters – 79 per cent of over-55s agreed with the statement compared with 68 per cent of 18 to 34-year olds.

Among people who voted Conservative in the 2017 General Election, support for limits on rent increases is 72 per cent; meanwhile 56 per cent agree that tenants should have their moving costs paid if evicted to allow the landlord to move in or sell on.

Some 64 per cent of Tory voters disagree that landlords should be able to evict without reason – which is more than the wider population.

There are no details of the size or dates of the polling given on the Generation Rent website.”

Deleting the assured shorthold tenancies from the options available to renters may send the residential property market into depression as landlords flock to sell. The proposals to scrap the section 21 means end to the Assured Shorthold tenancies. Which also means the local authority will need to step in with housing stock to house those in need. It also means we will have more homeless on our streets.

When the local authority deems an individual or a family not their legal obligation for housing they are sometimes given a list of private local landlords. If Generation Rent and shelter get their way that list of private landlords will be almost non-existent. This band of unfortunate may end up on the streets.

The Assured shorthold tenancy under the HA 1988 was introduced to take the burden off the local authorities and the private sector to play a part. They were given assurances. The assurances was and is the “Assured Shorthold” tenancy.

Generation Rent and Shelter if they have their way will adversely effect our property market and make some homeless the very people they and we claim to champion. We live in a free society open markets and the government should not interfere. Wild headings in the media like “landlords are making people homeless and they can do it legally” are unhelpful and simply incorrect. Private Landlords have always been able to terminate “AST” since commencement of the HA 1988 from 15th of January 1989.

The Government could reintroduce the section 20 notice (not to be confused with section 21) which was dispensed with by the HA 1996 should they wish to reintroduce a safety mechanism.

I have written this article from my life experience someone who has supported our local homeless charity for many years by giving money and properties to the homeless, a landlord, housing officer, consultant for 3 national eviction companies and the CEO of The BLA. I say this not to boast but that my words be heard and our politicians to make the correct decision.