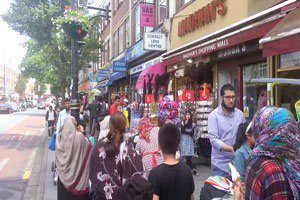 A Southall Landlord ignored council orders to stop renting ‘beds in sheds’. The landlord persistently failed to comply with the council demands for her to stop renting beds in a shed. The court has now ordered her to pay back almost £450,000. This is equivalent to six years’ income from the rental properties.

The landlord was prosecuted in Ealing Magistrates Court, back in February 2017, where she was found guilty.

The landlord received a confiscation order from Isleworth Crown Court of £447,552.22. She was fined a further £18,000, after failing to prove that she was legally entitled to receive six years of income since first letting the garages in 201

The landlord ignored council demands to demolish the converted garage on Scotts Road, Southall, west London. The Landlord attempted to defend the matter by claiming the garages were vacant.

Landlord faces a potential prison sentence, as she persistently failed to demolish the buildings in August 2014 as requested by Ealing Council.

The landlord failed to deal with their request to demolish the garages and refrain from letting them as beds in a shed. This left the council with no alternative but to take legal action against the landlord.

The landlord has been named as Mrs Samina Nadeem.

Cllr Joanna Camadoo commented: “We are very pleased to get a positive result at the end of a very long and drawn out case. Throughout this process Mrs Nadeem and her husband have been obstructive and at times aggressive, using every trick in the book to stop the council from doing their job and delay the legal process.”

“She completely ignored our requests to act within the law – indeed, the only reason she stopped letting these substandard buildings was because we demolished them. It’s a tragedy that tenants are being exploited in this way, forced to live in Dickensian conditions by unscrupulous landlords like Mrs Nadeem”

“This case is a warning to other property owners who think they can ignore the law – anyone who builds properties in our borough without planning permission can expect a knock on the door from our enforcement officers.

“Paying council tax is not the same as having planning permission and failure to comply with planning notices is a criminal offense. If we issue you with one, act on it before we hit you with a hefty fine and a criminal record.”

The court upon delivering the verdict has given the landlord until 18 January 2019 to pay the bill or she faces a prison sentence of 4 years. It is not clear if the landlord was represented in court.

This is an exceptional case

Mr Chris Hanson from the British Landlords Association commented “In the last 2 years we have seen eye watering fines from the courts. This is an exceptional case where the landlord had ample time to do the right thing which is to comply with the council demands.”