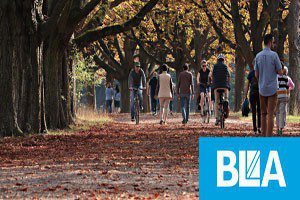 Contents hide
1 Some tenants can’t pay, and some don’t want to pay.
2 How many landlords will survive with no rent for two years?
2.1 What happens if we have a second wave of COVID-19?
2.2 Will the ban on eviction be extended for the 2nd time?

Ban on eviction is causing many landlords severe financial and other challenges on so many levels.

Some tenants can’t pay, and some don’t want to pay.

Thousands of landlords had initiated the legal process to evict their tenants before the Coronavirus. These unfortunate landlords were already nursing rent arrears ranging from 2 months to 8 months’ rent arrears.

The court backlog will mean when the ban is lifted; the courts will inevitably struggle to hear the possession claims in a timely manner.

According to the English Private Landlord Survey, 33% of landlords are retired and rely on rental income to survive.

How many landlords will survive with no rent for two years?

Getting a judgement against a tenant for rent arrears does not mean, the defaulting tenant is going to pay the rent arrears, even after the court process.

In fact, most tenants who are evicted do not pay any of the rent arrears or the legal fees.

Surprisingly, no data* is available for tenants who are evicted for rent arrears, who fail to pay the rent arrears.

However, the British landlord’s association has spoken to three national tenant eviction companies to see how many tenants pay the rent arrears after an eviction.

Mr Sasha Charles, a CEO of Landlord Advice UK, said: It is very rare a residential landlord gets any of the rent arrears or the legal fees paid. The only cases that see movement are landlords who have guarantors”. Cases with guarantors very rarely go to the court as the matter is settled without court action”.

He added: “The ban on eviction does not prevent us from serving notice on the tenant for rent arrears. In most cases we have on file, the rent arrears are more than eight months. Some of these landlords risk losing their own home”.

Mr A Khan, a manager at Regency Law, said: even after possession proceedings due to rent arrears most landlords never see any money or legal fees. Tenants simply ignore the judgment. Many landlords have horrendous rent arrears due to the ban on eviction”.

Mr Adam Hillside, the practice manager at Hector & Finch, said: I don’t know many landlords who see any money when a tenant has been evicted”.

Commercial landlords too are feeling the pinch and a small but steady stream are going bankrupt as the media has already reported.

Anger and frustration is growing amongst landlords as losses mount and their security in some cases their pension pot is threatened.

Mr Peter Lee-Hanson, a BLA member, from Basildon, said: If I went shopping and walked off without paying goods for say £2,000. I would not make it out of the door before getting arrested, but the government has given tenants a licence to rob us of our livelihood legally. This is money I have worked hard for, the money that puts food on the table for my children”.

Mrs Despina Phasouliotis, a member of the British Landlords Association, has written to the Prime Minister and Rt Hon Rishi Sunak. Copy of that letter is below:

Prime Minister and Rt Hon Rishi Sunak regarding our situation.

The governments’ decision regarding landlords and tenants during the pandemic has had huge implications for my family in all aspects.

My family home is being renovated and all work has had to stop because we simply cannot carry on paying for two mortgages and because renovations have lasted for more than two years, the council has also increased my council tax by 100%. My family lives in my parents three-bedroom semi and we are supported by my parents who are pensioners. My son sleeps, who is seven, in a bed that was previously a cot and shares the room with my husband and I. My daughter sleeps in a tiny box room.

We cannot move forward with our house; we have lost thousands because of the tenant not having paid the rent since November 2019 and the government has offered nothing in the way of support for landlords like us who only have one rental property.

The government is effectively expecting families like mine to act as the financial backbone of this country and they have crippled us. They have seriously let families like mine down, yet stand before the country every day and praise themselves on what a fantastic financial package they have put together and fail to mention that they have done so at the cost of landlords like us who they have offered no support to.

No other group of individuals, during this pandemic, has been expected to provide a free service, at a cost to themselves with no financial support.

It is also appalling that utility companies, mobile phone companies, councils etc. Are allowed to pursue an individual if they have failed to make payments and get their money but the same doesn’t apply to landlords.

We are not all millionaires, but we are all treated as such and expected to pay for bad tenants and there are no ramifications for the tenant. They can happily move on to their next victim with the full support of the government.

What happens if we have a second wave of COVID-19?

With concerns over mass gatherings and easing of social distancing etc. and winter looming the second wave of infection is a concern for landlords. The second wave of COVID-19 infections will inevitably mean round three for a ban on evictions.

The Governments needs to consider a grant for landlords now before it is too late, so they can stay afloat.

Will the ban on eviction be extended for the 2nd time?

Many landlords are asking the same question and dreading the thought of the 2nd wave of COVID-19 infections. The main conversation seems to be on the topic of another lockdown and what this means for landlords. The pressure is mounting from various UK landlord associations for the government to help commercial & residential landlords. Should we face a 2nd extension to the ban on eviction landlords will demand the government act to help landlords.

*We have not been able to find any government data for the number of tenants who paid the rent arrears after eviction under section 8 notice.

Is Bitcoin About to Crash?