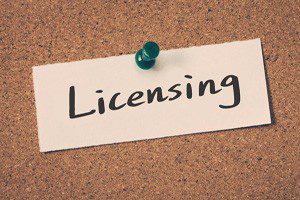 A large-scale selective licensing scheme in Waltham Forest has been approved by the Government.

The five-year scheme will apply to all private rented properties in 18 out of 20 of the borough’s wards.

It will enable the council to intervene to raise housing standards and reduce anti-social behaviour.

Cllr Louise Mitchell, the council’s cabinet member for housing and homelessness prevention, said: ‘Our selective licensing scheme is an important tool for us as we work to ensure all private rental tenants in Waltham Forest have a decent roof over their head.

‘I’m very pleased that the MHCLG have approved our proposal to operate the scheme in 18 out of our 20 wards over the next five years.’

It is four years since Liverpool introduced a city-wide licensing scheme for private landlords. Since 2015, the council has issued nearly 50,000 licences, carried out 20,000 compliance checks and successfully prosecuted about 154 landlords with sub-standard properties.

About one quarter of Liverpool residents live in the private rented sector (PRS) – well above the national average of 20%. The scheme, which Liverpool wants to renew for a further five years from 2020, has helped improve conditions, says Hinnigan, who is also cabinet member for housing.

But that does not mean all private rented accommodation is as good as it should be. ‘I’ve been out with the team and it’s scary to see the conditions people live in,’ she says. ‘We haven’t got a city full of rogue landlords. We’ve some fantastic landlords, but we want to raise standards.’

After spurning tougher regulation of the PRS for much of the decade, ministers have recently developed a thirst for it. Since 2017, councils have been able to issue fixed penalty notices (and keep the proceeds). From last year, there is also the option of banning orders with names submitted to a promised national database.

Liverpool’s is one of four local authority-wide licencing schemes for private landlords in England (the other three are in London). Other councils run schemes for individual neighbourhoods. Government permission is required for any scheme that covers more than 20% of local private rented accommodation.

David Pipe, policy and practice officer at the Chartered Institute of Housing, says the change in government approach reflects the doubling in size of the PRS since 2002. ‘The change in mood has happened quite suddenly, but the change in its importance happened over a longer period,’ he says.

During the past 12 months, the government has announced tougher regulation of houses of multiple accommodation (HMOs) and backed the Homes (Fitness for Habitation) Act, which gives tenants the right to take rogue landlords to court.

Much of the new regulatory responsibility falls on councils. Last year, the CIH called on the Chancellor to give councils £15m towards better enforcement, but no extra money was forthcoming. ‘Local authorities have the legal powers they need,’ says Pipe. ‘What they don’t all have is resources to do things that are pro-active.’

A study of licensing by the CIH and the Chartered Institute of Environmental Health, published in January, found councils charge anything between £350 and £750 for a five-year licence. While property standards are improving, it often takes time, with most enforcement work taking place after two or three years.

In Bristol, the council ran a licensing scheme in the Stapleton Road area for five years until 2018. More than 1,200 licences were issued to private landlords and improvements carried out on about 70% of properties.

The scheme cost £500,000 – 90% of which was recovered through licences, says Paul Smith, Bristol’s cabinet member for housing. Not only is it time consuming, but it is labour intensive and requires trained staff.

Thirty per cent of households in Bristol rent privately. Landlords and businesses that initially claimed it would stigmatise Stapleton Road now see clear benefits. ‘It’s had a positive impact because it’s improved the quality of the area,’ he says.

The council still runs a licensing scheme in another party of the city and is about to start licensing all HMOs in the city centre. ‘We’ve a lot of private renting in Victorian and Georgian buildings that have seen better days,’ adds Smith.

According to the Residential Landlords Association, councils are not as pro-active as they could be in chasing rogue landlords. An RLA survey last year found two thirds of councils in England and Wales failed to bring any prosecutions in 2017/18, while half had no policy in place to issue civil penalties.

John Stewart, RLA policy manager, says it is ‘bizarre’ to see local authorities calling for greater powers to regulate landlords but not using powers that exist. ‘There are tools that are not being used effectively. Some of it is down to resources, but some of it is down to political will and understanding of legislation.’

The RLA is opposed to councils licensing all private landlords in a district or borough but supports schemes that target problem areas. Since 2015, when councils required permission to licence more than 20% of private landlords, schemes have been approved in Blackpool, Brent, Burnley, Hyndburn, Newham, Nottingham, Peterborough and Redbridge.

A recent report for the Ministry for Housing, Communities and Local Government called for councils to able to refuse licences when properties are hazardous, and for it to be easier to re-designate an area for licensing when a scheme ends. It also suggested a national registration scheme for private landlords.

Newham introduced the first local authority-wide licensing scheme in 2013. More recently, it was given permission to run the scheme until 2023, but without an area around the Olympic Park in east London. John Gray, deputy mayor and cabinet member for housing, says the renewal process was exhausting due to the questions the council was required to answer. ‘It was like pulling teeth,’ he says.

The scheme was mainly set up to tackle antisocial behaviour. Since 2013, Newham has instigated 1,323 prosecutions, served 1,341 notices to tackle serious hazards and identified more than £5.9m per year in unpaid council tax. It has collected more than £300,000 in fines.

Twenty-eight landlords have been banned from the borough – their names posted on the Mayor of London’s public register of rogue landlords. But that, admits Gray, does not stop some trying to operate in neighbouring authorities. ‘There is still a small underbelly of criminal landlords,’ he says.

In Wales, private landlords register with Rent Smart Wales, a government agency, but may also be subject to council licensing. Back in Liverpool, Lynnie Hinnigan says improvements to the PRS are driven by tenants reporting landlords, and complaints from neighbours. The council is in the throes of approving a banning order policy.

When the city-wide licencing scheme was set up four years ago, it did not require government permission. But Hinnigan is hopeful that ministers will give the go ahead for the scheme to run for a further five years. ‘It would be devastating for the city if they didn’t,’ she says.