Landlords Association Recent Landlord News A window of buy to let opportunity – but for how long? 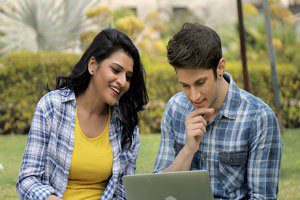 Change, that could affect buy to let mortgages in the not-so distant future.

Political and economic uncertainty has affected the housing market for several months now, but Mark Carney has warned of possible change, that could affect buy to let mortgages in the not-so distant future.

Andrew Turner, chief executive at specialist buy to let broker Commercial Trust Limited, argues that the present window of opportunity for what may seem favourable buy to let conditions in a few months’ time, may be closing.

The Bank of England’s Monetary Policy Committee announced that the base rate would remain at 0.75%, on May 2nd, offering temporary good news to those with buy to let mortgages or looking to borrow.

However, the announcement came with a proviso from the Governor of the Bank, Mark Carney, who told a press conference:

The caveat is of course that the outcome of Brexit negotiations and their impact on the Bank of England’s expectations, will determine future base rate moves.

The impact of the base rate on buy to let

For landlords with a buy to let mortgage on a variable or tracker rate, the implications of a rates rise or fall can change their annual payments by hundreds of pounds

In an atmosphere where rates are almost at historic lows, the prospect of monthly payments increasing on a variable or tracker rate mortgage, should the Bank increase the base rate, will seem very unappealing.

So the decision to hold the base rate for the eighth consecutive month, might be an opportunity for many landlords to review their existing portfolios and consider remortgaging to a lower, fixed rate buy to let mortgage, particularly given the glut of products available in a competitive market.

A fixed rate mortgage is safeguarded against base rate changes for the duration of its term, while variable and tracker rate mortgages might be susceptible to any changes. Mr Carney’s suggestion is that rates are more likely to go up rather than down.

Moneyfacts recently indicated that there are over 2,000 products available in the buy to let market now, a twelve-year high. Fierce lender competition has helped to drive costs down in a bid to entice buy to let landlords.

A conversation with a specialist buy to let broker, can help to identify a clear strategy and the right type of buy to let deal for individual circumstances, faced with such choice.

It has been widely reported that house price growth has stagnated, albeit on a regional basis in the UK, with many buyers and sellers holding fire to await the outcome of Brexit.

However, with negotiations extended, there is a sense of getting on with normal life for many people now – and a recent report from estate agent haart, indicated a 12% monthly rise in London-based landlord registrations in March.

Meanwhile, the Bank of England is forecasting up to a 1.25% fall in house prices during 2019, with Brexit and affordability in some areas attributed for this drop.

Whilst this is taking place, tenant demand remains undiminished, as those unable to afford to buy a home, seek accommodation in the private rental sector.

So for those with money to spend, the current environment may offer the opportunity to invest in buy to let with lower house prices, soaring tenant demand and historically low interest rates.

I would suggest anyone holding off at the moment, faced with these facts, to consider what they are waiting for?

The bigger question is how long current conditions will last? Mr Carney’s suggestion is that a change in interest rates is just around the corner.

That could mean that the most competitive deals currently available, may soon evaporate with any base rate change.

So whether you are a first-time landlord or considering remortgaging, while time is currently on your side regarding interest rates, how long will that last?