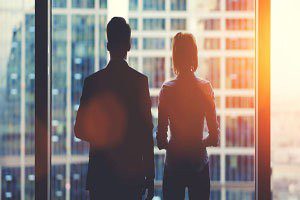 The Competition and Markets Authority today revealed that the Berkshire companies Michael Hardy, Prospect, and Richard, together with Romans, broke competition law by joining forces as part of a price-cartel.

For almost seven years, the four companies conspired to set minimum commission rates for the sale of homes across Wokingham, Winnersh, Crowthorne, Bracknell, and Warfield.

This involved the firms exchanging confidential information on pricing and holding meetings to make sure all members enforced and maintained the agreed minimum rates.

The authority said it meant local home-owners were denied the chance to get the best possible deal which selling properties because the local firms had colluded together over commission rates.

“We trust that the fines issued will reinforce our message that we expect the sector to clean up its act and make sure customers are not being ripped off in this way.

“The industry needs to take note: this kind of behaviour will not be tolerated.

“If you break the law, you risk similar consequences.”

Each company was slapped with a fine today, excluding Romans as it brought the illegal activity to the authority’s attention and cooperated with the investigation.

Michael Hardy was fined £142,843, and Prospect fined £268,765 – both a reduction having also cooperated with the investigation.

The CMA runs a Stop Cartels campaign, to educate businesses about which practices are illegal and urges people to come forward if they suspect a business has taken part in cartel behaviour, such as rigging contracts or price fixing.