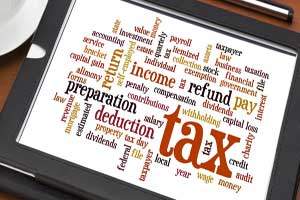 One in 10 people now own a second house.  Yet, despite it being a fruitful investment, tax legislation surrounding landlords remains largely unclear. Taxes associated with buy-to-let property are collectively known as ‘landlord tax’. To make matters more complicated, such legislation is varied and complete, comprehensive advice is scarce.

With that being the case, we thought it would be useful to breakdown the two most discussed components of landlord tax and detail exactly what you need to know.

The dismantling of interest tax relief

If you’re a BTL landlord, one thing you need to get to grips with is interest tax relief. Traditionally, landlords were required to declare rental income but could claim mortgage interest as an expense – drastically reducing their profit from rental income and subsequently their Self Assessment tax bill.

This has been replaced with a new tax relief for finance costs, which restricts tax relief to 20%. This change has a major impact on landlords that are higher rate tax payers as it will essentially increase the tax bill of these landlords. Landlords who previously paid tax at the basic rate of 20% could now pay tax at the higher rate (40%).

Fortunately, the likelihood of being bumped up a bracket has been reduced as the government did raise Personal Allowances to £12,500. Subsequently, the higher rate threshold has increased from £46,350 to £50,000.

Therefore, in the interest of keeping HMRC happy and avoid being penalised by incorrectly claiming mortgage interest payments, you must fill in the SA105 section on the Self Assessment tax return.

The burden of Stamp Duty

Stamp Duty Land Tax also needs to be on your radar as a landlord. A tax paid when buying a property in England and Wales, it’s been widely criticised (by both landlords and regular homeowners) as being unnecessary at an already expensive time.

There have also been instances of buyers overpaying. In the 2018-19 tax year alone, nearly £400m was returned to those who had paid too much. Regardless, the legislation is still very much in effect, and for landlords, it is expected they pay more than residential buyers. Specifically, since April 2016 landlords have been expected to pay an additional 3% on Stamp Duty Land Tax.

For example, if the property you’re purchasing is £250,001 – £925,000, regular buyers will be expected to pay 5% in Stamp Duty – landlords on the other hand will pay 8%. This is in part due to the increasingly sympathetic approach to first-time buyers and expectation of investors or multiple homeowners to shoulder the tax burden.

However, there are a number of circumstances where you may claim relief (or exemption) from Stamp Duty. If you’re a registered social landlord for instance and a public subsidy funds the sale, you will be eligible. Similarly, if you inherit a property through death or divorce, you’ll be exempt.

Other exemptions include but aren’t limited to:

For both landlords and residential buyers, the most common misconception in Stamp Duty is when the payment is due. Stamp Duty isn’t paid solely on the purchase – the charge is applied on the majority of transactions relating to the land, grants or assignments of leases – each carrying the 3% extra fee. So, it pays to be aware of any relief you may be eligible for.

Landlords have never been under so much scrutiny, which is why solutions like GoSimpleTax are necessary when dealing with HMRC. Ensuring all your documents are in the right format, GoSimpleTax software performs all the calculations necessary so you know which bracket you operate in and what your true income tax total is.

If you would be interested in learning how their support can keep the taxman happy, speak to their expert support team today!