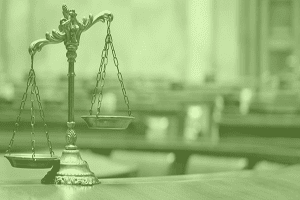 The purpose of the Bill

Karen Buck’s Homes (Fitness for Human Habitation) Bill 2017-19 is seeking to amend relevant sections of the Landlord and Tenant Act 1985 by extending its obligations to cover almost all landlords and to modernise the fitness for habitation test. As a result of rent limits which have remained unchanged since the 1950s, the current requirement for fitness in section 8 of the 1985 Act has ceased, for the most part, to have effect. Where a landlord fails to let and maintain a property that is fit for human habitation, the Bill would give tenants a right to take action in the courts. The Bill has cross-party support.

The Bill extends to England and Wales, but will only apply to tenancies in England. The Welsh Government has already included similar provisions in relation to housing fitness in the Renting Homes (Wales) Act 2016.

The Bill had its First Reading in the House of Commons on 19 July 2017 and its Second Reading on 19 January 2018. The Public Bill Committee met on 20 June 2018. The Committee agreed to 16 amendments without division. No amendments were considered at Report stage, therefore the Bill passed to Third Reading on 26 October 2018.

The Bill received its First Reading in the House of Lords on 29 October 2018, and Second Reading on 23 November 2018. The House of Lords Library published a briefing paper for Lords stages: Homes (Fitness for Human Habitation) Bill: Briefing for Lords Stages (14 November 2018). On 12 December 2018, the Bill reached Committee Stage in the Lords. No changes were suggested in the Bill, so it will move directly to Third Reading on 19 December 2018 where any final amendments can be made.

This Commons Library paper provides background to the Bill and explains its provisions and amendments made at Commons Committee stage.

There have been longstanding concerns about property standards in the private rented sector (PRS). The PRS houses more households in England than the social rented sector but has some of the poorest property standards. The 2016/17 English Housing Survey (EHS) found that the PRS had the highest proportion of homes with at least one indicator of poor housing (38%).

More broadly, the EHS 2016/17 records that, across all tenures, the proportion of non-decent homes declined steadily from 2006, with year-on-year improvements until 2014, since when the proportion has remained stable. The Grenfell Tower fire has focused attention on housing standards in the social rented stock, and also in privately owned blocks of flats.

Why is the Bill needed?

There are statutory obligations on most landlords to keep in repair the structure and exterior of their properties, and to repair installations for the supply of water, heating and sanitation. However, provisions requiring landlords to ensure that their properties are fit for human habitation have ceased to have effect as a result of annual rent limits (£52 or less, and £80 or less in London).

The Housing, Health and Safety Rating System (HHSRS) was introduced by the Housing Act 2004. The HHSRS is a risk-based approach used to assess risks to health and safety in the home by looking at the likelihood of particular faults or deficiencies, which could cause injury, ill health or impact on the wellbeing of those living in the dwelling. While this risk-based approach is felt to offer benefits over a pass/fail standard of housing fitness, the HHSRS is widely viewed as complex and to suffer from inconsistent application and enforcement by local authorities. The operating guidance has not been updated since 2006. Reports published by several bodies, including the Communities and Local Government Select Committee in 2013 , and Shelter in 2014, have recommended a review of the HHSRS. The Government has confirmed that it will commission a review of the HHSRS in 2019.

There are particular issues faced by tenants seeking to improve housing conditions. Local authorities cannot take enforcement action against themselves – this can leave council tenants at a relative disadvantage if their landlord does not respond to the presence of health and safety hazards in their homes. Landlords of private tenants may respond to requests for repairs by beginning eviction procedures, this is referred to as retaliatory eviction. Commentators also highlight the lack of legal aid for disrepair cases as a barrier to tenants seeking to improve their housing conditions.

A joint report commissioned by Shelter from the universities of Bristol and Kent (2017) concluded:

The law relating to health and safety in people’s homes is piecemeal, out-dated, complex, dependent on tenure, and patchily enforced. It makes obscure distinctions, which have little relationship with everyday experiences of poor conditions.

Recent attempts to amend the law

Karen Buck presented the Homes (Fitness for Human Habitation) Bill on 24 June  2015. The purpose of the Bill was “to amend the Landlord and Tenant Act 1985 to require that residential rented accommodation is provided and maintained in a state of fitness for human habitation; and for connected purposes.” The Second Reading debate on the Bill took place on 16 October 2015. The debate was adjourned and the Bill failed to make progress.

During the Committee Stage of the Housing and Planning Bill 2015-16, Shadow Housing Minister, Teresa Pearce, attempted to amend the Bill to introduce Karen Buck’s fitness for human habitation proposals. In response, the then Housing Minister, Brandon Lewis, said that the Bill’s proposals on rogue landlords were a better way to improve standards without imposing “unnecessary regulation” on landlords. The Minister argued that the HHSRS was in place to keep properties in a decent state of repair, and that it was up to local authorities to enforce this properly. The amendment was withdrawn, but further attempts to amend the Bill in respect of fitness for human habitation were made on Report in the Commons and during the Committee stages in the House of Lords. On both occasions the amendment was defeated.

Reaction to the Bill

The Shelter briefing on the Bill calls on the Government to:

…adopt this Bill as part of a cross-party, national, response to the Grenfell tragedy so that future tenants are not ignored and their safety put at risk.

Tenants have a right to expect that homes are fit for habitation, and the vast majority of good landlords already provide this. This Bill therefore reinforces what landlords should already be doing.

The joint report by the universities of Bristol and Kent, Closing the Gaps: Health and Safety at Home (2017) also expressed support for the Bill’s provisions:

This Bill addresses and provides redress for the gaps which currently exist in the private law of landlord and tenant regarding the state and condition of the property; the restrictions on a landlord’s repairing obligations; and updating the criteria for determining fitness.

As noted above, the Government confirmed that it would support the Bill on 14 January 2018.