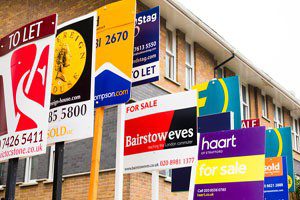 The specialist buy to let mortgage broker Commercial Trust Limited, has revealed that for the first time, the South East of England has overtaken London, as the region with the most buy to let purchases, in a calendar year.

New analysis shows that the South East became Commercial Trust’s biggest region for buy to let in 2018, accounting for 16.5% of purchases, up 1.7% on the previous year.

London had traditionally held that title, but with purchases having fallen 5.8% year on year, it took second place to the South East where purchases comprised 12.9% of the total in 2018.

The capital also narrowly held on to second place, as purchases picked up in the North West too. Furthermore, the North West accounted for the biggest area of growth, 4.7%, meaning the North West was responsible for 12.5% of buy to let purchases.

Year on year, the North East also made big regional gains, with proportional growth of 3.22%.

The below table shows regional purchase data for 2018 and the variance from the previous year:

“These figures back up the general consensus that investors are looking to invest outside of London, at present. The North West and North East are proving to be increasingly popular, typically offering cheaper house prices and better rental yields.

“However, it is also interesting to see the continued growth in the South East, which is prime commuter-belt for the Capital. With a multitude of transport and infrastructure projects underway in and around London, it will be interesting to see if this trend continues.”

Overall, Commercial Trust Limited saw a 24% year on year increase in the volume of buy to let purchases to the end of 2018.

This impressive performance was delivered at a time when buy to let became more complex, most notably as a result of changes to the application process from many lenders, in light of the Prudential Regulation Authority rules, introduced in 2017.

Turner commented: “These figures are encouraging for two reasons: they demonstrate that many investors still have confidence in buy to let and are continuing to invest in rental property.

“They may also suggest that, given November figures from UK Finance showed an overall decline in buy to let purchases, those investors who are buying, are turning to the expertise of a broker.”

The popularity of five-year fixed rate buy to let mortgage deals continued in 2018.

In 2016, two-year fixed rate deals accounted for over 52% of all applications. However, in 2018, this had fallen to 30%, as five-year deal volumes increased significantly.

Turner explained: “This is the likely knock-on effect of the PRA changes in 2017, which introduced tougher lending conditions for those looking at two-year fixed-rate mortgages, than for some five-year deals.

“Additionally, investors may well be looking to secure a rate for a longer period of time, in the expectation that interest rates could well start to rise soon, after a prolonged period of historically low rates.

Remortgages represented the biggest portion of application business, at 55%, although there was an increase in the overall proportion of purchase applications, which increased from 29.16% in 2017 to 31.14% in 2018.

“Remortgaging continues to be a leading trend,” Turner explained, “and undoubtedly investors have been keen to take advantage of low interest rates.

“2018 also saw the anniversary of two-year deals, taken out in the surge that came ahead of the additional stamp duty surcharge, introduced in April 2016.

“As those two-year anniversaries approached, many landlords were looking to remortgage, before their mortgage payments reverted to the lender’s standard variable rate.”